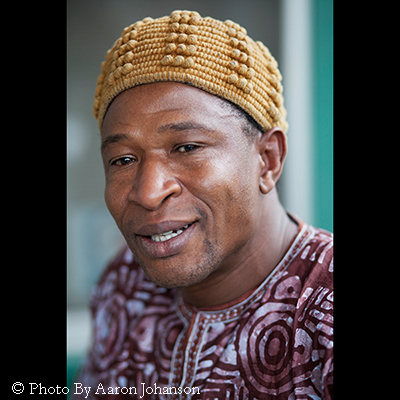 Baba Wagué Diakité was born in 1961 in Bamako, Mali in West Africa.  His mother gave him her father’s name of “Wagué”, which means “A Man of Trust”.  He spent his early childhood with his grandmother in the village of Kassaro for his first education.  There, he tended his uncles’ sheep and helped in his grandmother’s rice and peanut fields.  His free time was spent with friends in the bush; catching lizards and protecting rice and peanut fields from birds and monkeys.

Later Wagué moved to Bamako to be with his mother and to get formal schooling.  He maintains his best education came from stories that were told him by his grandmother and mother about animals and the First People.

Wagué grew up drawing–first for his own pleasure, then for schoolwork and finally for part-time jobs.  He first learned claywork however, after meeting American artist Ronna Neuenschwander, and moving to Portland, Oregon in the US in 1985.  There, he began using clay as his canvas.

Wagué had his first solo exhibition in 1988 at the Jamison Thomas Gallery in Portland, Oregon and since has shown in group and solo shows throughout the United States.  His work has received critical acclaim in international magazines such as American Ceramics, Ceramics Monthly, African Arts, and AFRIQUE/Etats Unis.  He taught in the Oregon public school systems through the Art-in-Education, and the Young Audiences program from 1989-2007.  He has traveled throughout the U.S. for author visits and workshops, including the Museum of African Art at University of Iowa, the Holter Museum of Art in Montana, the Los Angeles County Museum of Art, and the Smithsonian Museum of African Art.  He has been commissioned to create poster designs for a number of city-wide art festivals, and was honored to be chosen to create the artworks for recipients of the 1990 Governor’s Arts Awards in Oregon.  In 2001, Wagué created an 84′ long mural and other artworks for Disney’s Animal Kingdom Lodge in Orlando, Florida.   Baba Wagué Diakité is represented by Pulliam Gallery of Portland, OR.

Scholastic Press published Wagué’s first children’s book “The Hunterman and the Crocodile” in 1997.  It received a Coretta Scott King Honor Book Award.  His 2nd and 3rd children’s books entitled “The Hatseller and the Monkeys” and “The Magic Gourd” were published by Scholastic in 1999 and 2003 respectively. He has illustrated numerous children’s books including “The Pot of Wisdom” and “Jamari’s Drum” for Groundwood Books of Canada. Wague also illustrated a book written by his daughter, Penda Diakité, entitled “I Lost My Tooth in Africa” which was published in 2006 by Scholastic Press.  It won the Africana Book Award in 2007.  In March 2007, Groundwood Books published his 4th book, “Mee-An and the Magic Serpent”.  His most recent project is an autobiography, published in 2010 by Groundwood Books entitled “A Gift From Childhood: Memories of an African Boyhood”.  His childrens books have been published in numerous languages for worldwide distribution.

Wagué and his wife, artist Ronna Neuenschwander, have collaborated artistically on a number of projects, including an animated film by Jim Blashfield entitled “My Dinner With the Devil Snake”, an award-winning documentary film by William Donker of their lives entitled “Don’t Paint Lizards on my Wall”, and a number of public art projects.  They recently completed a large tile floor mosaic for the Serengeti Plaza at the Oregon Zoo. They continue to return to Mali with their two daughters bi-annually for extended stays.

Wagué is founder and director of the Ko-Falen Cultural Center in Bamako, Mali, which enables artists and travelers from other countries to live, meet, study and collaborate with artists of Mali.  The Ko-Falen Cultural Center encourages cross-cultural exchanges through art, dance, music and ceremony to promote a greater understanding and respect between people.  Ko-Falen also manages education programs for youth of artisans in Mali.  Visit www.ko-falen.org for more information. 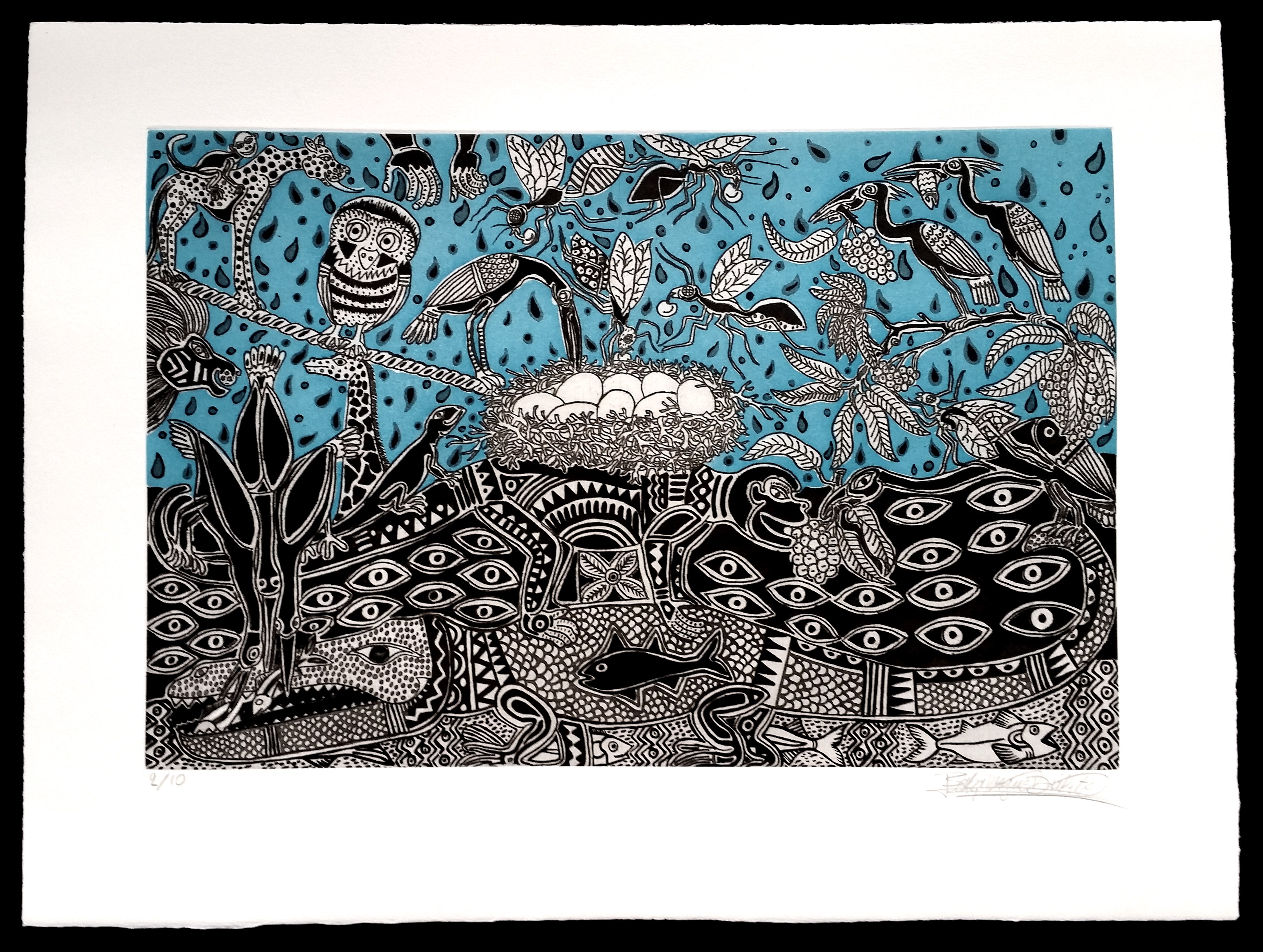 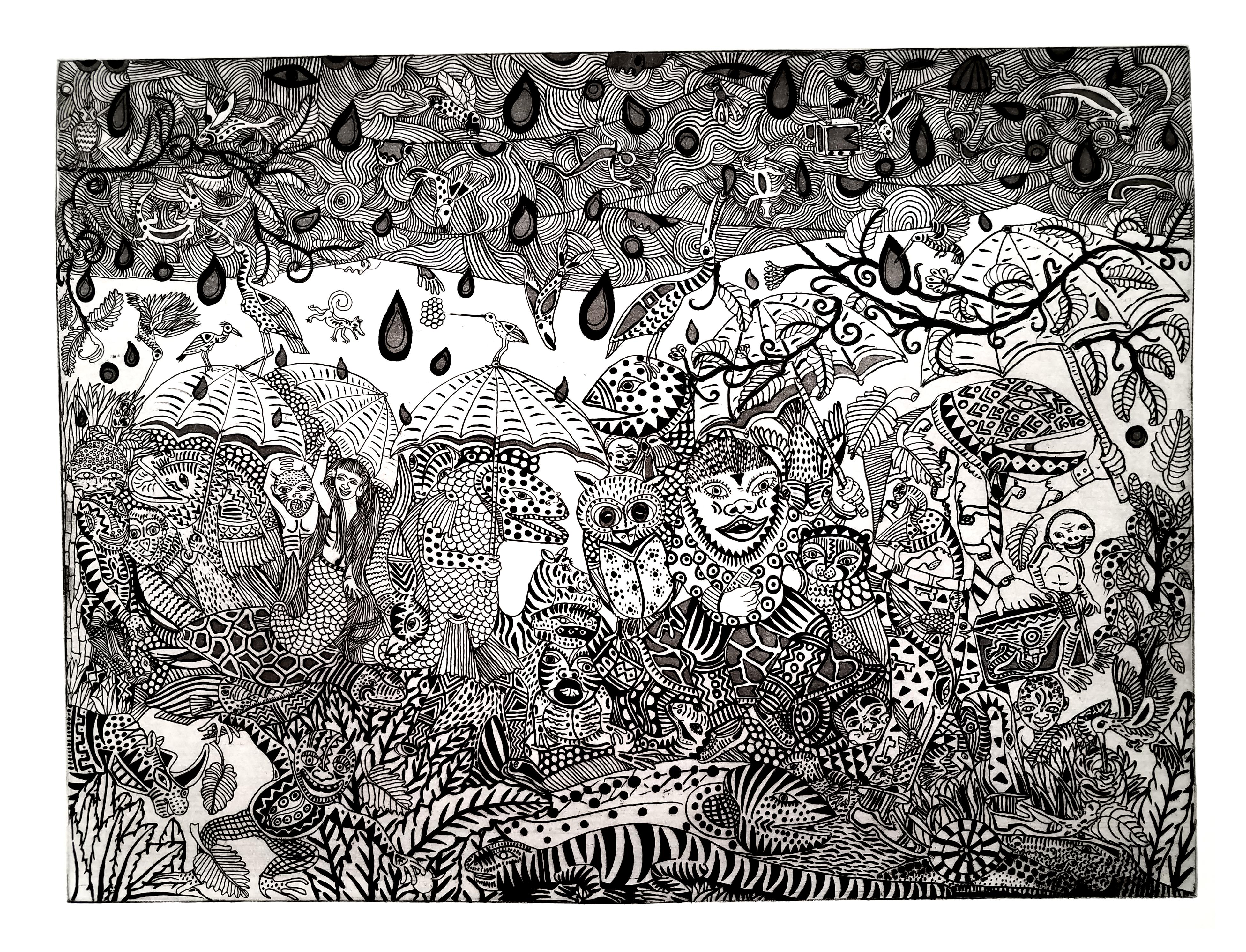 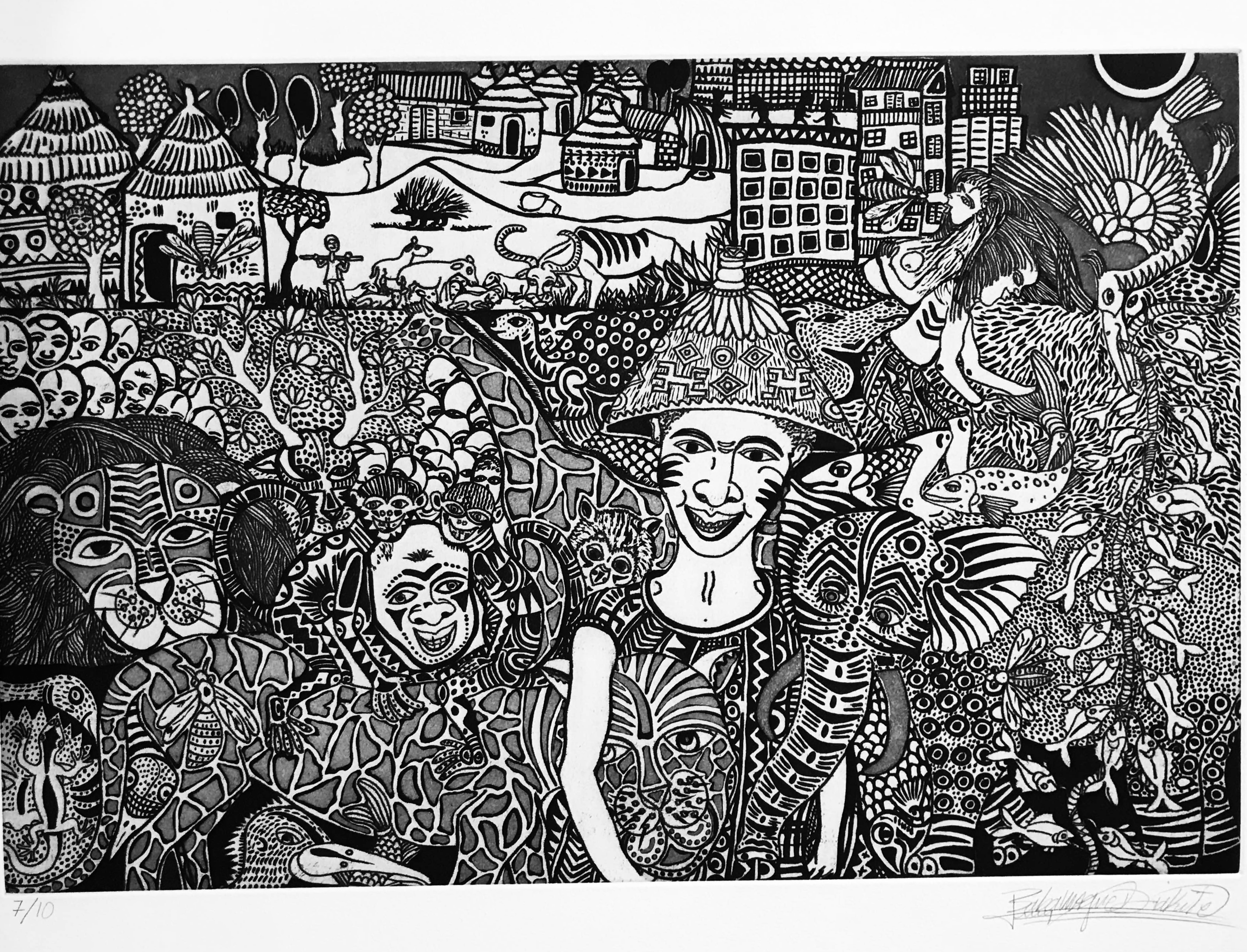