A residency for up to 6 weeks offered to professional recorder instrument musicians.
Application deadline:
March 15 , 2023 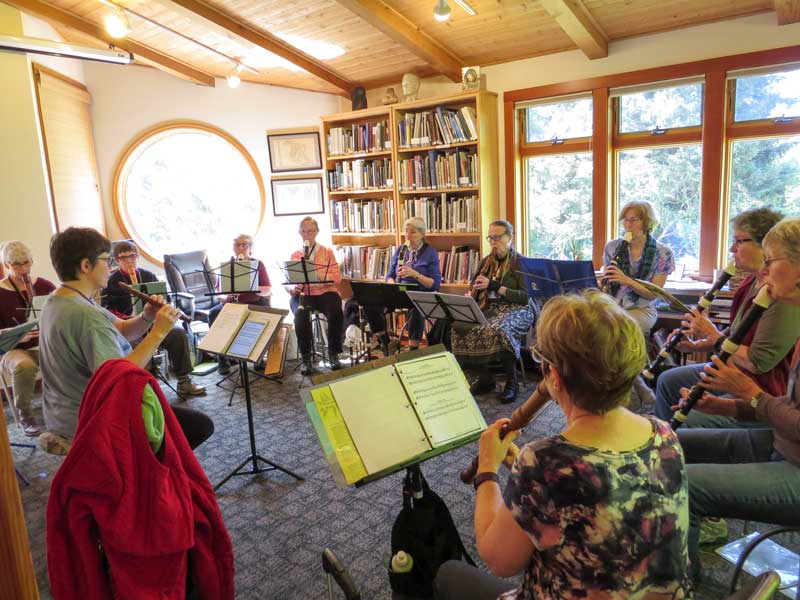 Members of the Oregon Coast Recorder Society have raised $103,000 to establish a recorder residency at Sitka, beginning in 2003.

To be eligible for the residency, applicants are required to earn part of their income from recorder performance or composition for the recorder. This is to indicate that applicants should have a degree of professionalism, and people at the beginning of a career are as welcome as mature artists.

Residencies are 2 – 6 weeks in length, and living space and a studio are provided. Past residents have taught  workshops  and given concerts in the community. New in 2022: An anonymous donor is supporting a $500/week honorarium in support of this residency. The honorarium can be used in any way the resident chooses.

Our Residency Program Overview addresses many questions that applicants have about being at resident at the Sitka Center.