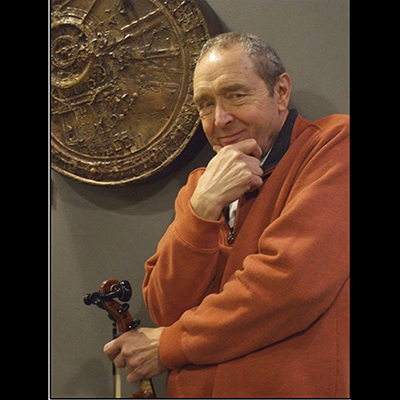 Jim Hockenhull is a visual artist and a musician. Beginning with the campfire songs of childhood through pop music of the '50s, rock 'n' roll, the Great Campus Folksong Revival, authentic old-time string bands, more rock, Punk, New Wave, Electronic and back to old-time, always with a near-synesthetic emotional involvement. Jim Hockenhull plays fiddle, guitar, banjo, diatonic button accordion and concertina. Jim has performed in public since his high-school debut in 1957 and fronted several bands since then, writing and composing music. He has created multimedia art performances and was named an Oregon Senior Champion fiddler five times. Jim is now examining the threads of music that have run through his life to see what kind of new patterns he might weave from them. He is particularly interested in melding the raw, rough energy and the poetic simplicity of traditional music with the sonic richness of more-developed forms. Learn more about Jim.