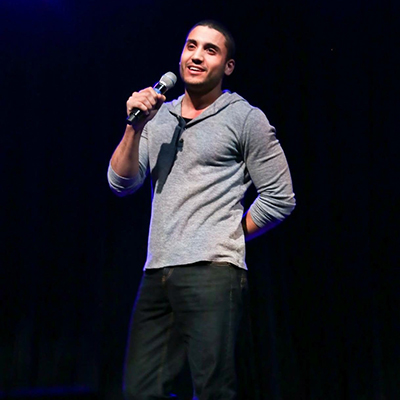 Johnny DelToro is a musician and sound designer with a deep passion for storytelling. He studied at Bucknell University and the Sydney Conservatory of Music, where his love for vocal music and composition led him to perform with, and write for various instrumental ensembles, dance companies, theater productions and choirs around the world. Following his studies, Johnny split his time between performance and production.  He sang for three years with Boston-based vocal ensemble Fermata Town, competing at a national level while working consistently as a session guitarist and orchestrator (assisting productions for Broadway performers such as Karen Olivo and Eden Espinosa). Feeling forever called to combine art-forms into beautiful, narrative, sonic experiences, Johnny has gone on to spend the better part of the past decade creating music for independent movies, producing soundtracks for mobile video games and performing studio engineering for a multitude of artists (such as Jade Bird, Warren Haynes and Phoebe Bridgers). While wearing many hats, Johnny remains very active in the vocal music world, and his work continues to earn him CARA nominations in both Best Arrangement and production categories, as well as affording him invaluable opportunities to work with some of the best singers in the world.