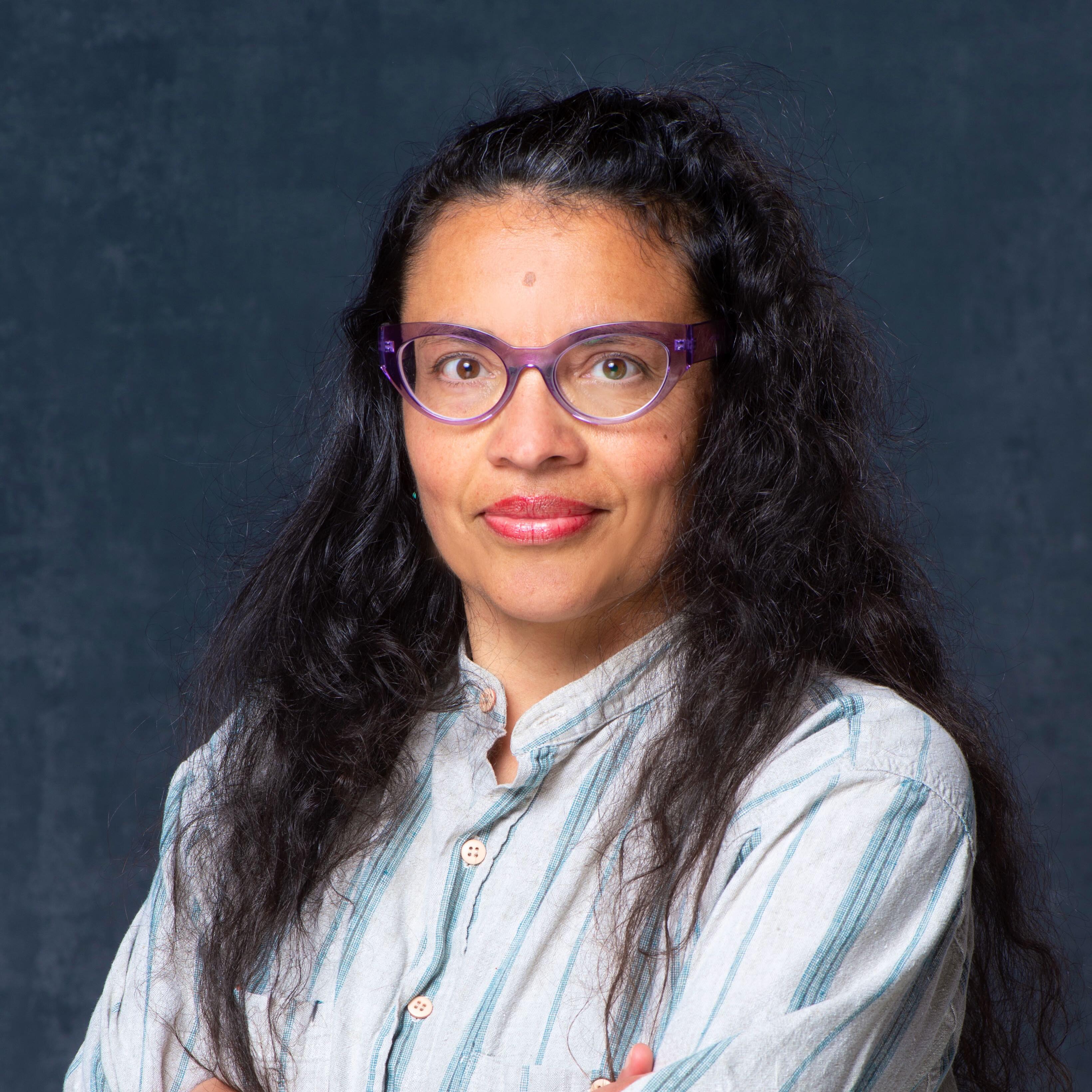 Orquidia Violeta is a Salvadoran-American textile artist. Growing up in a dirt-floored farmhouse in Central America, she remembers the embroidered pink dress her mother sent her from the US. Orquidia crossed the US border as a six-year-old refugee and went on to earn an Associate of the Arts degree from the Fashion Institute of Design and Merchandising. Orquidia co-founded LaborFruit — a prominent artist-cooperative storefront and gallery specializing in clothing as an artform.

At LaborFruit and around Los Angeles, Orquidia created colorful wearable artworks and performances. For the annual Ofrendas: Calavera Fashion Show and Walking Altars, her elaborate costumed multi-person performances were featured for eight years. Orquidia sold her work at the Hollywood Farmers Market on a Boutique on a Bike. Orquidia moved to Portland Oregon in 2013, advancing her car-free and localized salvage production methods.

Orquidia won Best Cultural Outfit at the first ever Día de Muertos celebration at the Portland Art Museum. She danced in her Vestido de Calaveras, a hoop-skirted black gown covered in colorful applique calaveras representing the women who died in the Salvadoran Civil War. In 2019 she won second place in the SHIFT: House of the Absurd Runway Show for her Looming Objects — A nonsensical process-driven woven sculptural costume of neo-primitive materials.

Last year, Orquidia’s Madrina was selected for the Small Works Collection of the City of Portland. A portrait of her Godmother, the piece is part of the Social Landscape of Portland on display in the remodeled Portland Building. The City of Seattle acquired a small piece for their Portable Works Collection, and Portland collected Orquidia’s Árbol de la Vida, a large tapestry depicting a Día de Muertos tree of life. 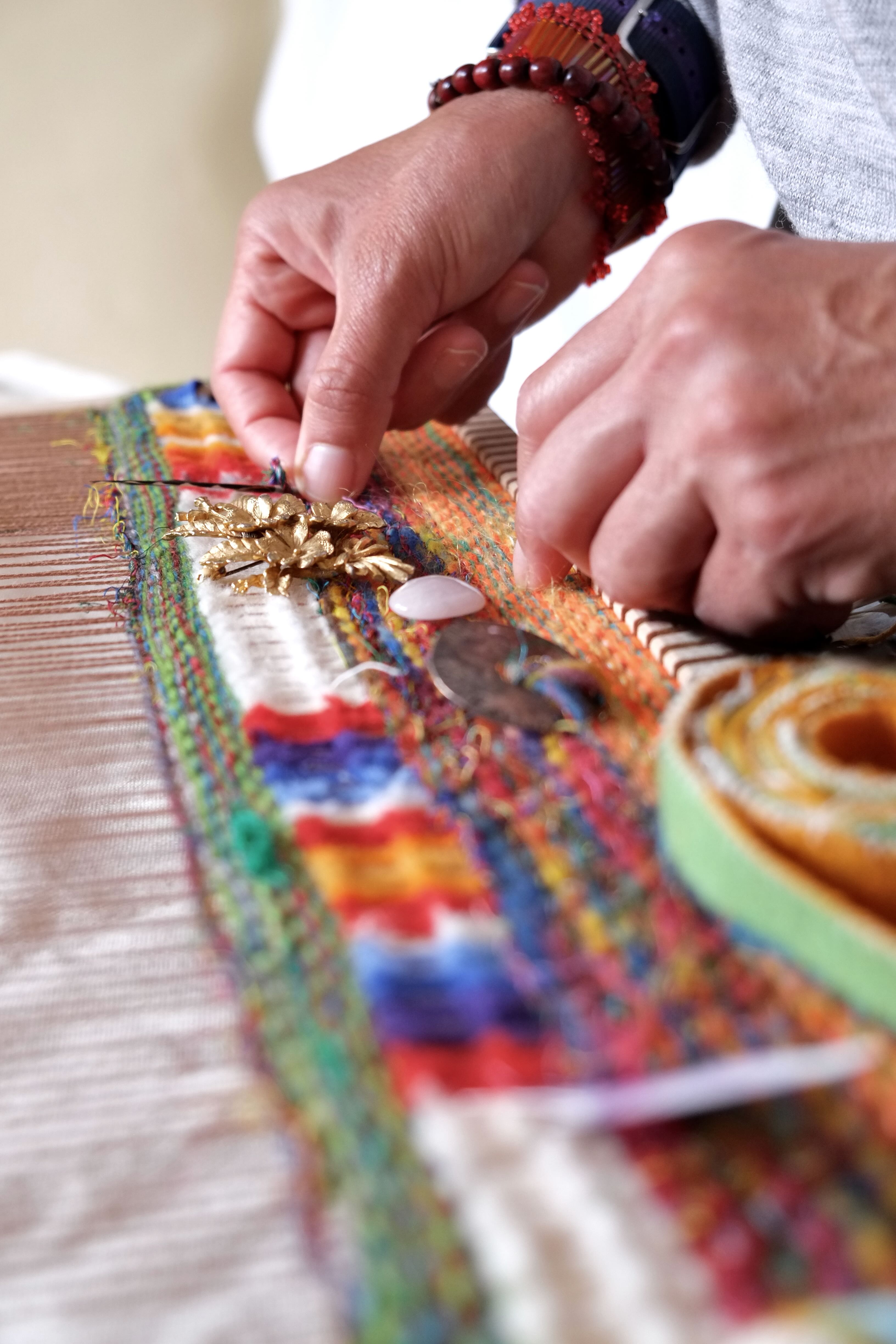 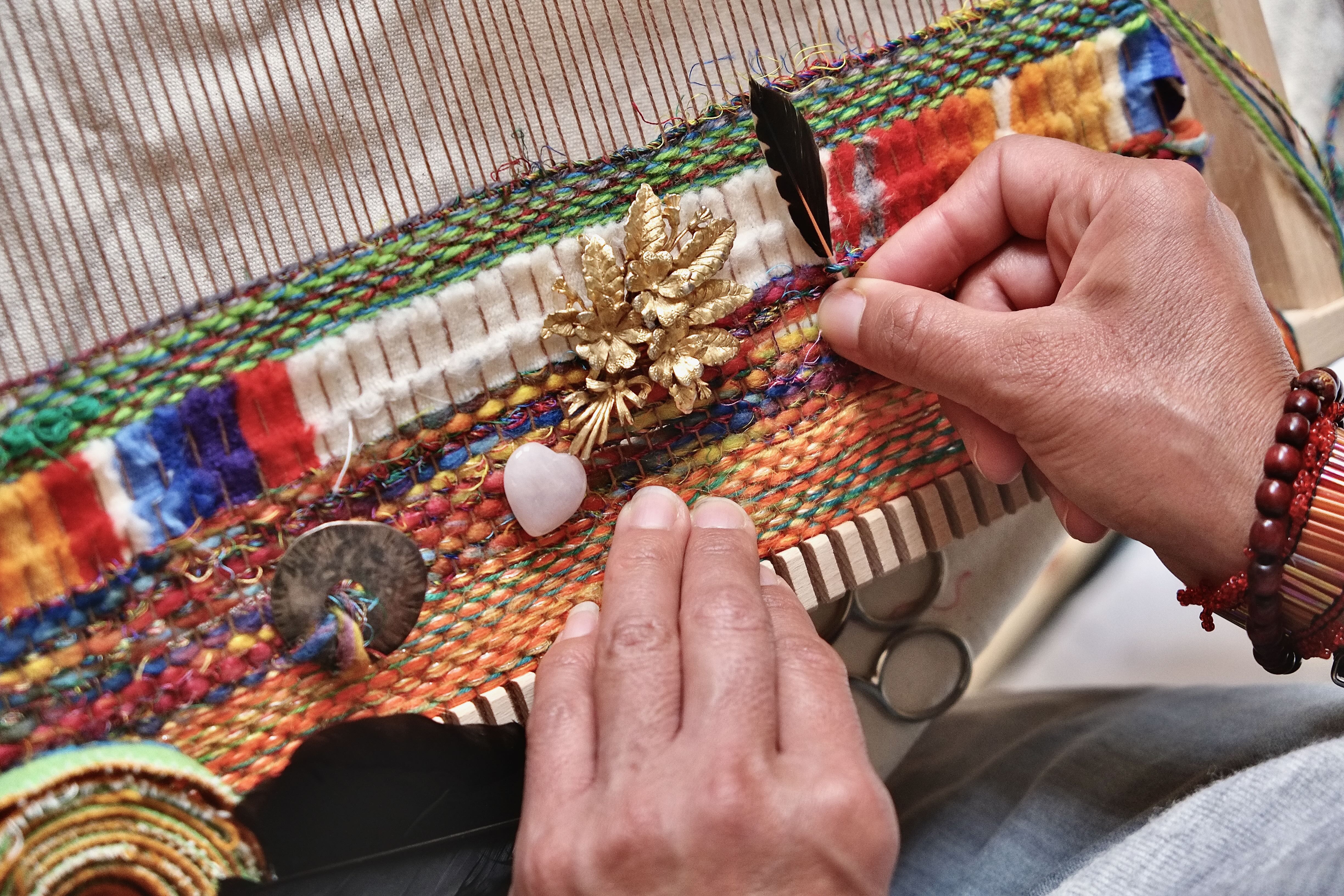 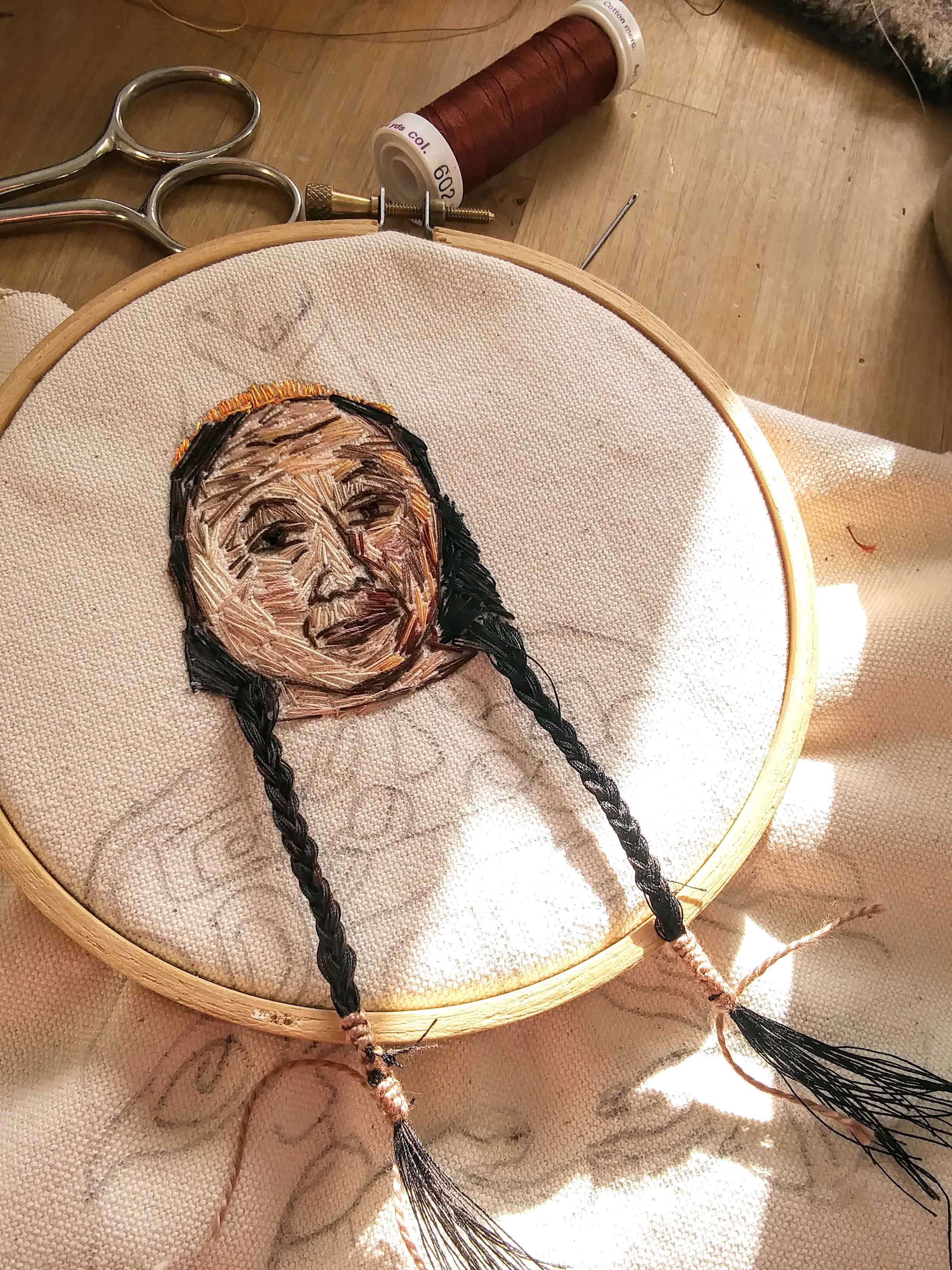