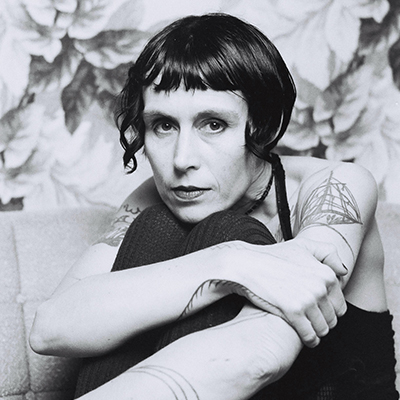 Ryder Cooley is an interdisciplinary artist/musician based in New York. Weaving together chimeric visions with songs, movement and imagery, she creates cinematic performances and artworks. Ryder holds an MFA from Rensselaer Polytechnic, an MA from SUNY Albany and a BFA from the Rhode Island School of Design.

Ryder is the founder and lead singer of the dark carnival band Dust Bowl Faeries. She has performed and collaborated with musicians including Pauline Oliveros, Tommy Stinson (Replacements) and Melora Creager (Rasputina). Her music has recently been presented by NPR, WNYC, BatSheva Dance Company (Israel) and the Uncoverage podcast series. Ryder is currently collaborating with Lisa M. Thomas of Thin Edge Films on a series of music-driven videos, which have won awards at festivals in LA, Germany and NY.