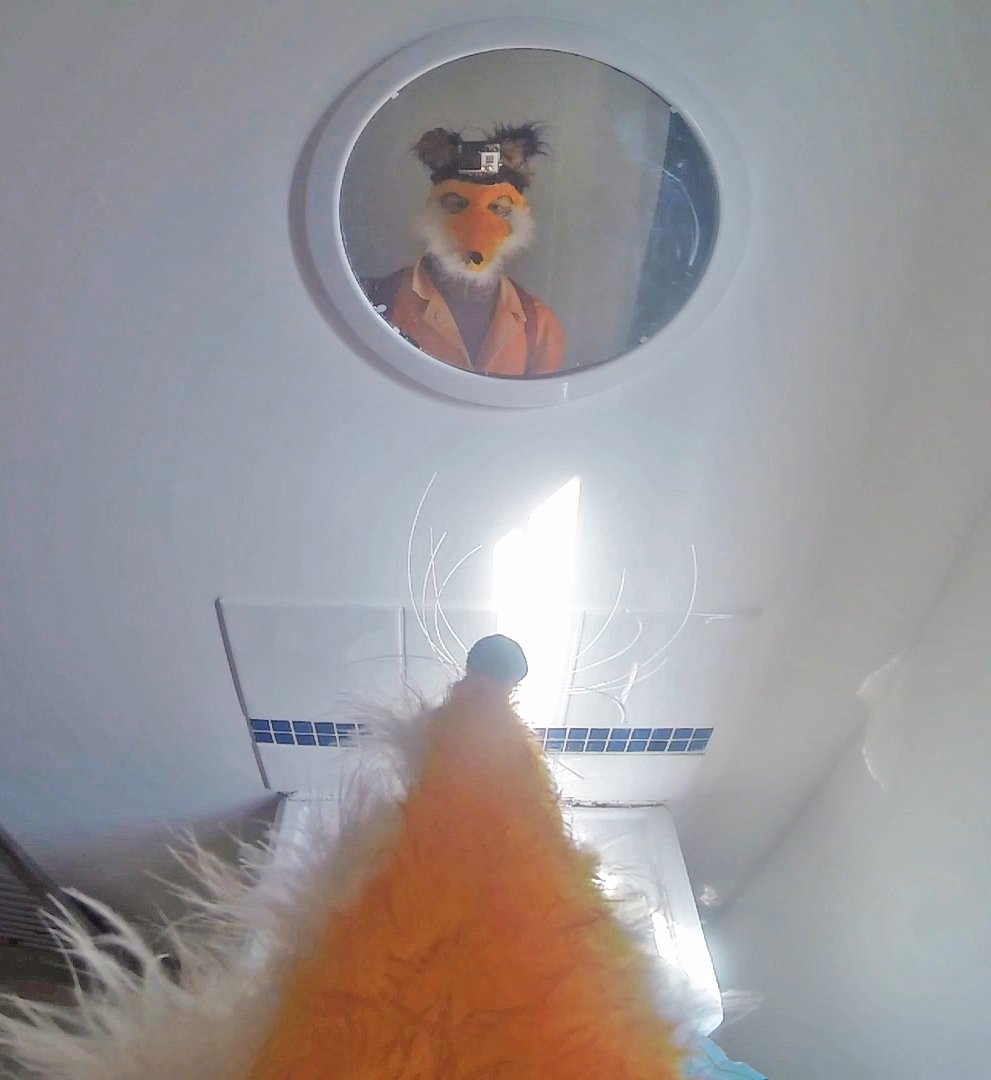 Prater is a multimedia artist based in the UK. He was artist in residence at Sitka in the spring of 2019. Whilst at Sitka he created a series of films in which he spent 12 hours ‘being’ some of the local residents, such as an elk, the wind, a sitka spruce and a rock. He is currently finishing a film that he made during the residency about the river otters that live in the salmon river.

My current studio is a room I am renting in Manchester, UK. I have been renting the room for a month whilst I finish the final parts of my current film. I move around quite a lot, this may be the 6th or 7th bedroom studio that I have worked on this current film during the past 2 years. My current project is a 30 minute film about the salmon river and cascade head and the wildlife that live there. I shot the footage whilst I was artist in residence at Sitka in 2019. On one of the first evenings at the estuary I saw a river otter come on to the bank, I had wished that this may happen many times before whilst I was in the UK and upon seeing this otter was inspired to dedicate my time to filming them as much as I could. The experience was incredibly special for me as someone who grew up with such an obsession with otters, It felt like an opportunity to make a dream film come true. I spent the first 6 weeks of the residency going out every day with the intention of filming the otters and was rewarded with many wonderful moments filming a mum and her three pups. At the end of long days waiting for those few glimpses of the otters, I found that when I closed my eyes later at night or blinked I could see the otters that had been burnt onto my retinas in concentration. I recorded many hours of footage and decided that I would edit the film when I was back home, as I didn't want to spend too much of my time at the residency stuck on my computer.It has since been a real labour of love to complete the film, taking me almost three years of working on and off in many different bedroom studios to get to the point where it is almost finished. It is my first documentary film and has been an interesting experience to see the process of putting it together. The sorting through hours of footage for the few magical seconds of each clip took many weeks and was both a wonderful way to relive my experience at Sitka and weighted with a nerve racking feeling, hoping that the clips I chose to use would do justice to experience I had. Editing a nature documentary is interesting in the sense that clips are put together to create the illusion of a cohesive moment, when in actual fact it is created of many isolated moments spread out, sometimes over weeks. There is one particular sequence that does play out in real time, in which I am filming a heron hunting and the otter family swim into the same scene and the heron completely changes it hunting method, becoming much more animated and picking off the fish fleeing the otters advances. Though this was very rare to capture such a complete moment.

This is a preview of the beginning of the film, in its almost ready form.

I particularly like working with film because the process allows me to include so many of the creative practices that I enjoy. When you do each component yourself it makes a very diverse process in its entirety, though it does take a very long time. Since finishing the editing in the summer I have been composing the music for the film. Whilst I was filming I could often hear the soundtrack that I imagined would accompany the clips in my head. When I returned from America I bought myself a second hand cello and flute especially for the soundtrack. Though I have enjoyed learning to play the instruments, in the end I have used mainly sampled sounds which I have been triggering from a midi keyboard. Working with midi samples makes the process of accompanying film with music very effortless, as it can be moved around and tweaked after you have played and recorded the parts. This has allowed me to experiment with the mood of each scene, changing small components to see how it influences the feeling. The quality of the sounds is also much higher than I could record myself with my limited funds, and I have been playing piano and keyboard for many more years. Composers like Steve Reich, Philip Glass and Harold Budd have been very influential to the style of music I wanted to create for the film. Now that I have almost finished the soundtrack for the film I have been writing the narration. I have chosen to approach the film from a more poetic angle than a factual documentary. My background is in fine art and it is the beauty of nature that motivates me to make films about it. I wanted to make a film about nature that is rooted in the metaphorical and symbolic understandings that we can experience, more so than an ‘objective’ explanation of nature. Most of the film’s narration is written in rhyming verse, nestled in the melodic rhythms of the music. I have been noting down ideas of what I wanted to talk about in each section of the film over the course of editing the film and creating the music. Though the writing of the final narration has still taken a long time due to my short capacity to sustain my creative energy whilst writing poetry. It can take me half a day to write 50 words, the process of refining and slimming down the essence of what I'm trying to say taking much longer than if I could write the same concept in many paragraphs. For some reason it only feels right to write one section of the poetry a day, beginning a new topic needs the freshness of a new days mind. I am lucky in the sense that I can afford myself such a luxurious time frame to approach the process at a very gentle pace. Though at times I do crave an external deadline that might motivate me to finish the project quicker, there is something beautiful about letting it so slowly bloom. Because I am writing the narration to the finished edit, I am working to quite constrained time frames. How long the clips in the edit are dictate the space in which I can say what I would like to. This involves practicing the reading many times over the film to work out the right tempo to deliver the narration so that the right words come with their correlating clip. At the time of writing this, tomorrow should be my last day of writing the narration. I am then going to record a rough version and finish the last tweaks of music and leave the film until December. I am going to go surfing in Portugal for the month and enjoy a month not spent on my laptop. I think coming back to the film after the break will give me a fresh perspective on what final tweaks need to be made and then I hope to publish it online in December or January.

This is a video of behind the scenes:

It has been a challenge to financially fund myself whilst putting most of my time into a project that pays in soul satisfaction rather than traditional currency. Maintaining enough creative energy around work has been a great challenge during this project and has led to it taking such a long time to complete. I try to find ways that financially support me whilst not taking too much time out of my day and live a lifestyle that does not require much money. I have spent part the year living in a van with my partner and have always used my own bedroom for a studio, not being able to afford the rent of another space. It can be tricky to work in your bedroom as the line between relaxing and working is more of a psychological divide rather than physical one. I would like in the future to have a dedicated space to work, though funnily when I was given a studio space as well as living accommodation at Sitka, I found myself making most my work in my accommodation out of habit. I am going to use the film as part of my portfolio to apply to a post graduate masters in wildlife film making at Bristol, which is run in partnership with the BBC. The process of making the film has solidified a childhood dream that this is a path I would like to follow. It will be interesting to study in a more media based discipline coming from a fine art background, but I am excited by the incredibly far reaching potential of commercial documentaries to change audiences perspectives. I am extremely excited to share the film, especially with the community of Sitka and Cascade Head, as this is where the moments and experiences in the film live. It is certainly a bit scary to finally share something that has taken so long, but I feel proud of the piece and hope that it will bring a similar feeling that I feel to those that watch it. 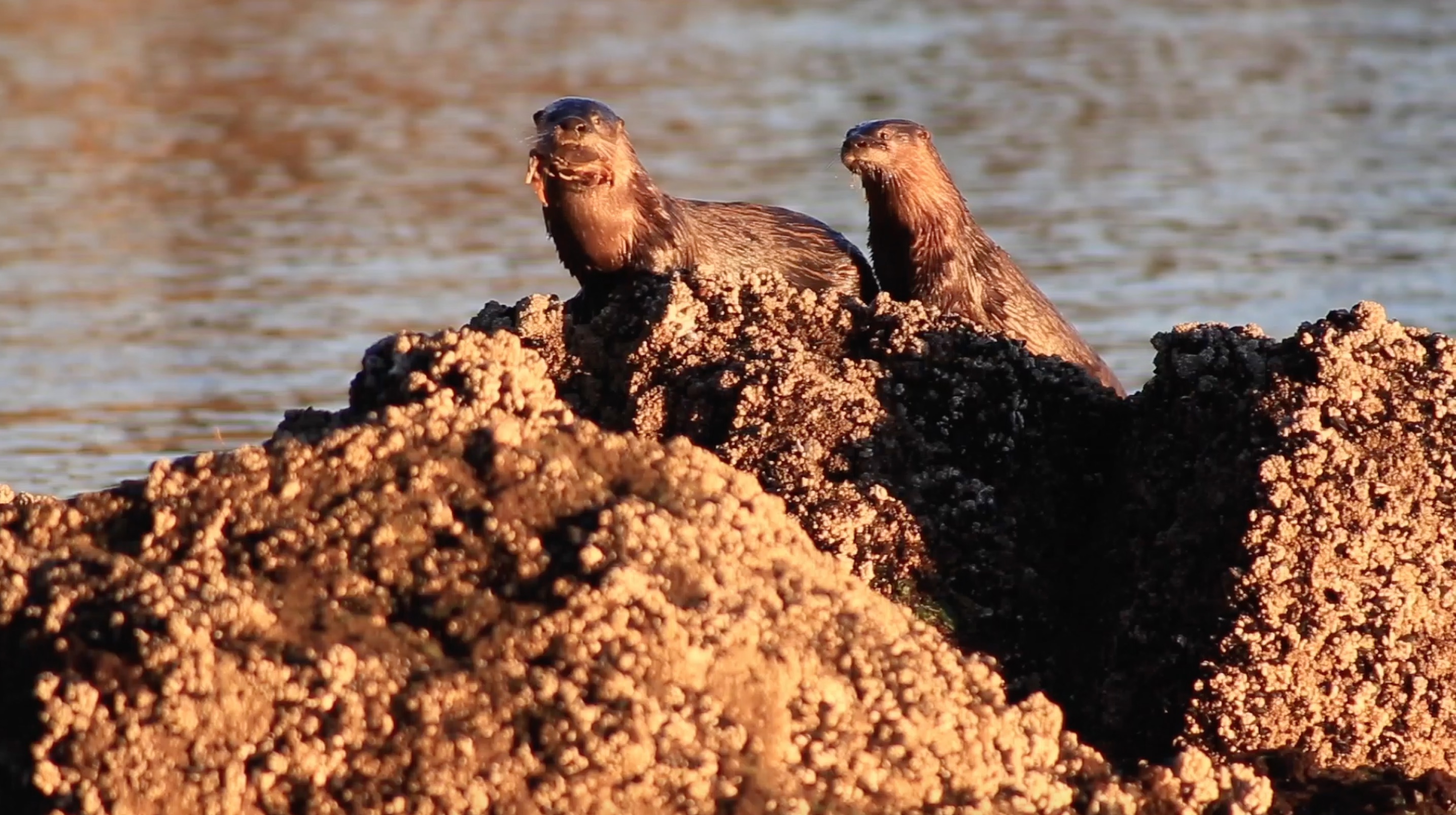 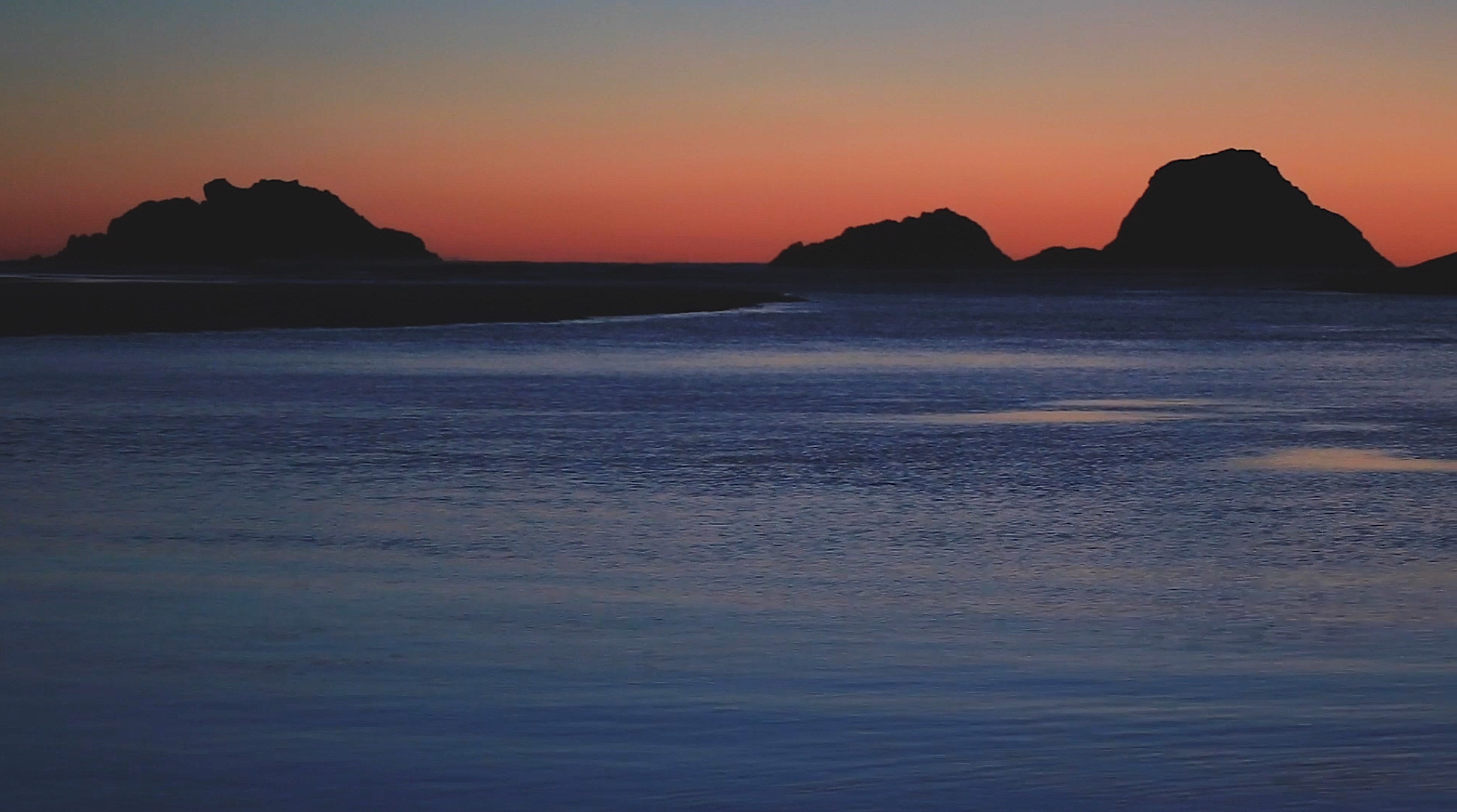 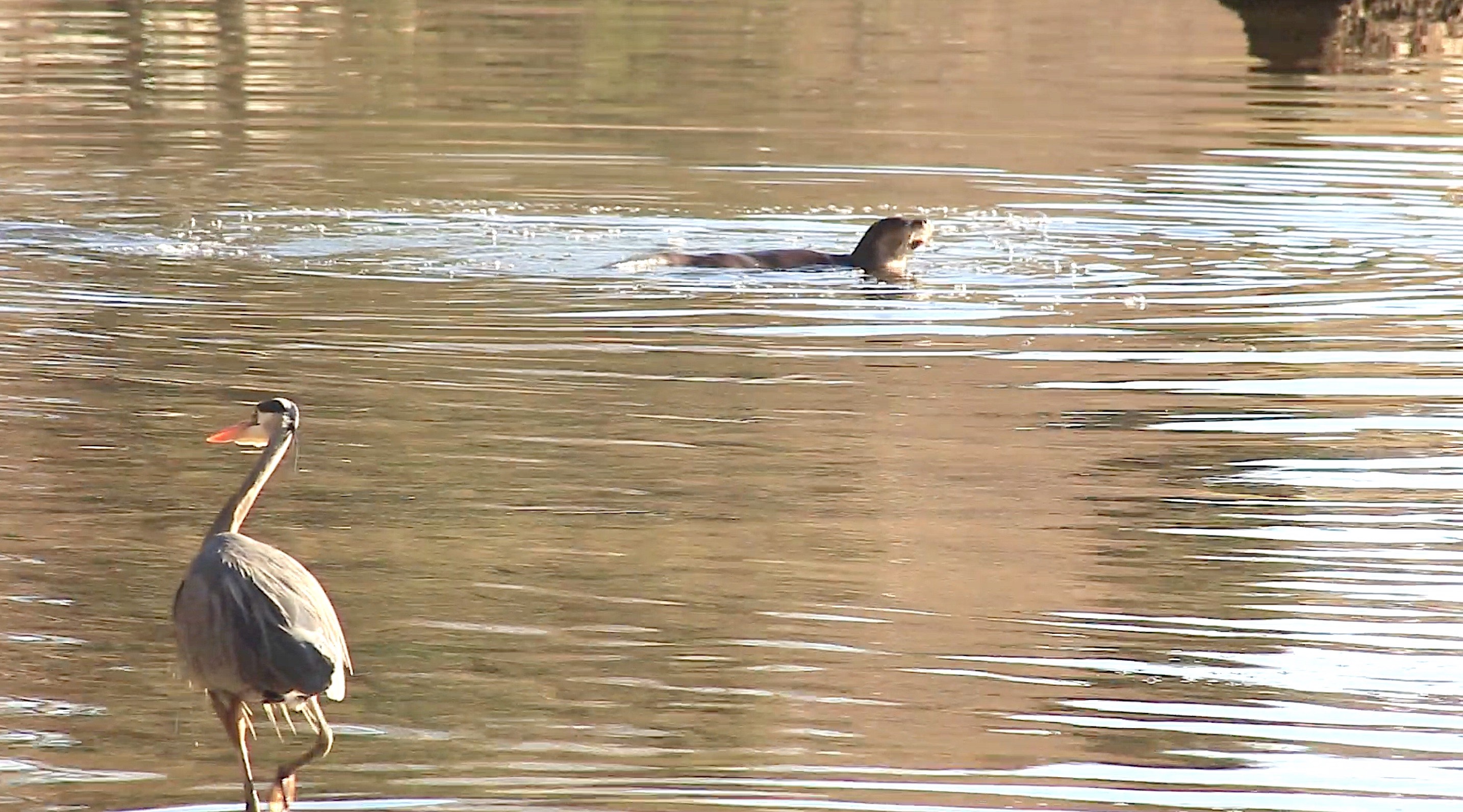 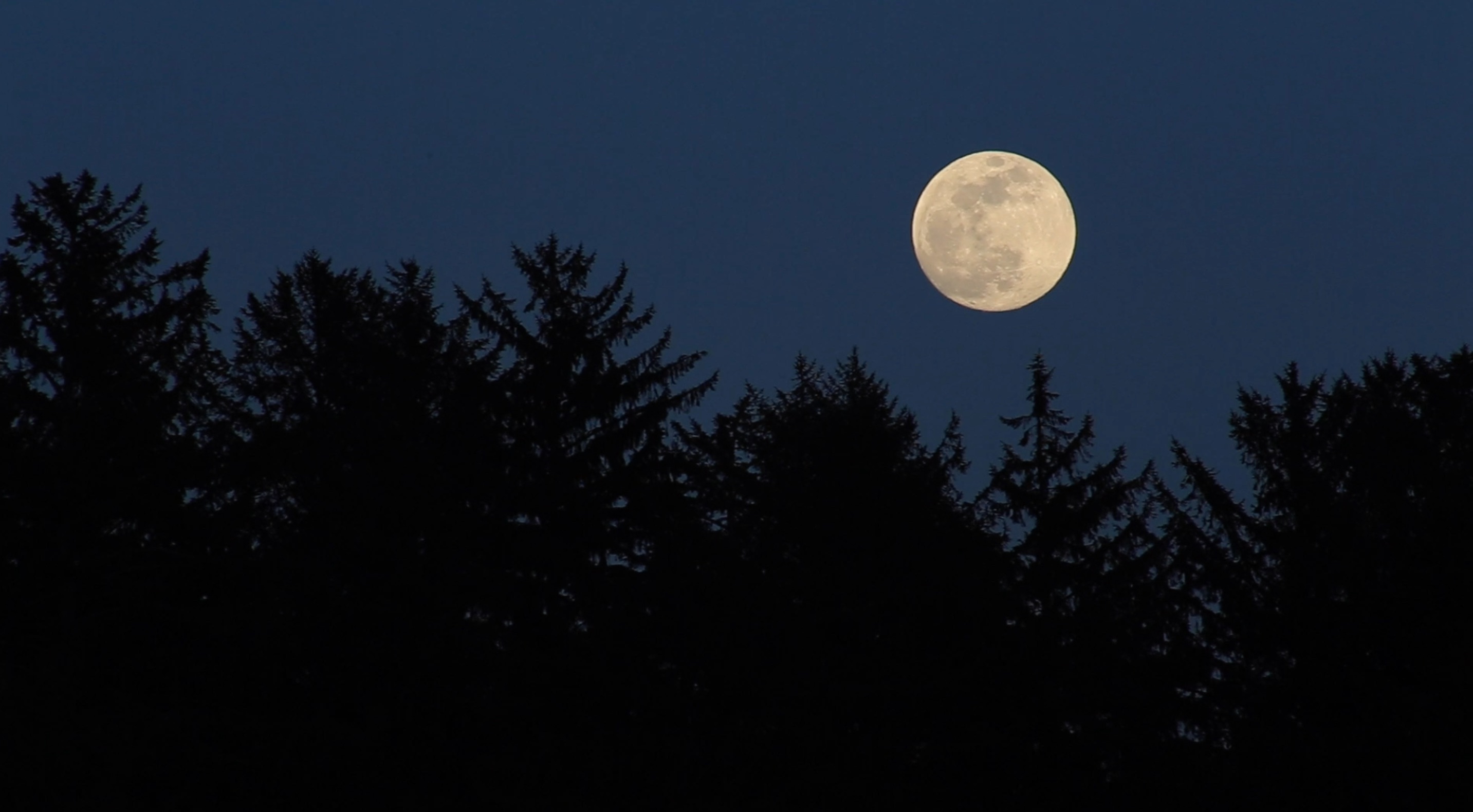 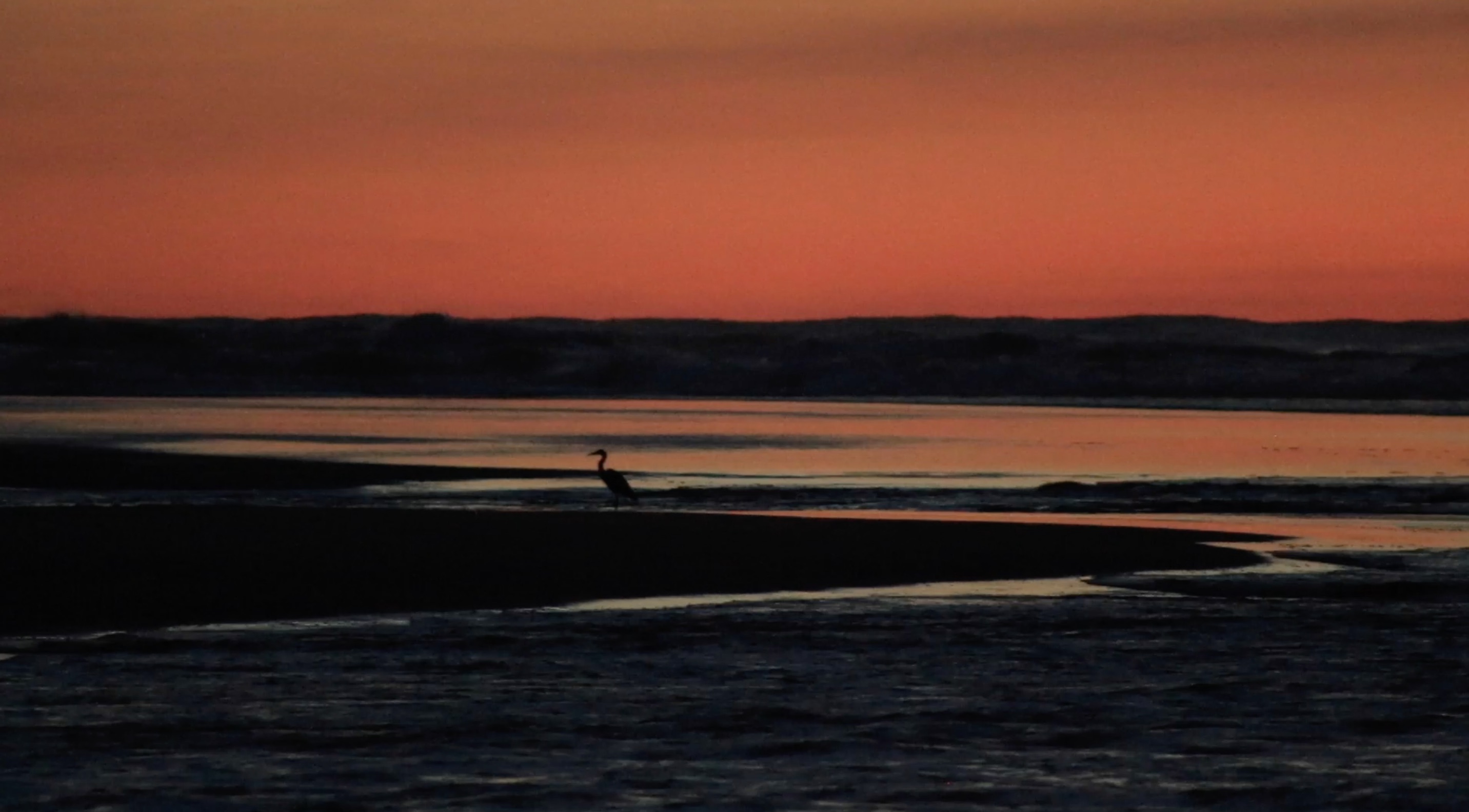