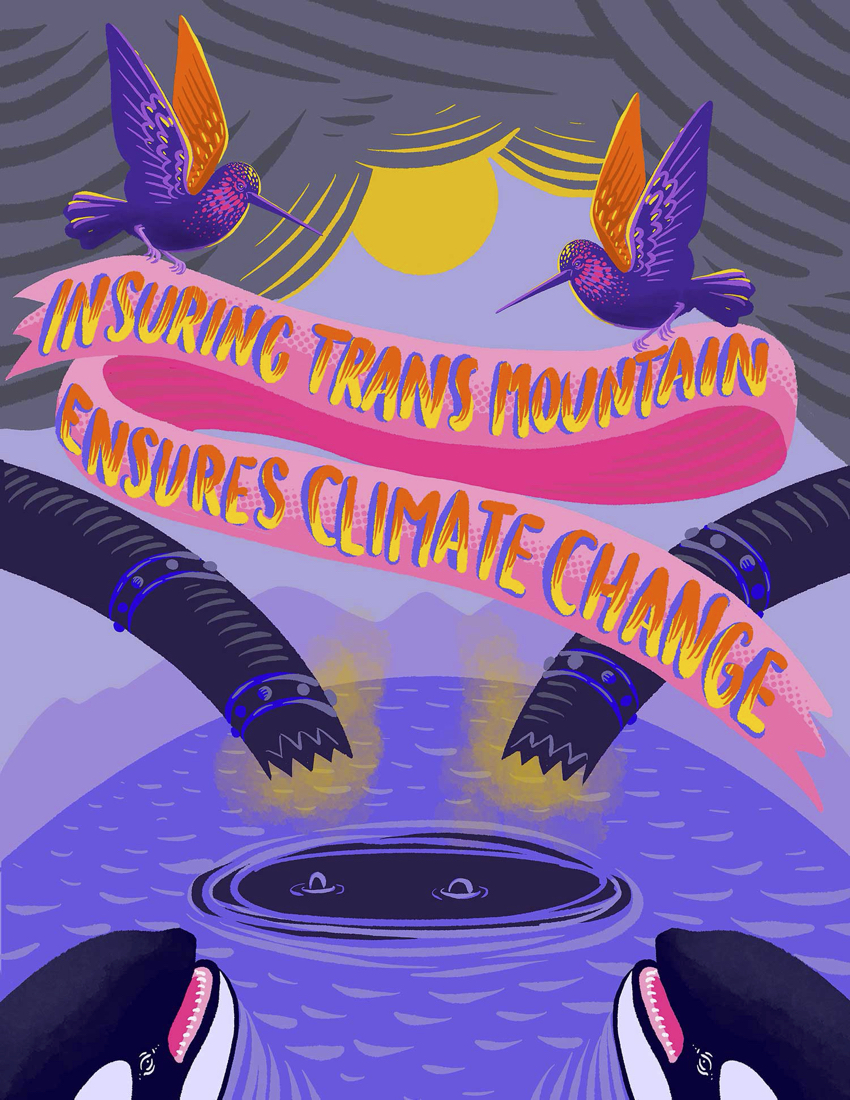 Roger Peet is an artist, printmaker and writer living in Portland, Oregon. He is a founding member of the Justseeds Artists' Cooperative and directs the national Endangered Species Mural Project. Peet was a Sitka resident in 2014 and an Art Invitational artist in 2017, 2018 and 2019.

Roger Peet shares with us:

I'm currently working on getting my mural project going again after a year on hiatus during the pandemic. The mural project has its own website, here:  http://diversity.org/murals. The one coming up will feature the Piping Plover in Selkirk, Manitoba, Canada, our first in Canada! The project is a collaboration with the Center for Biological Diversity to paint murals of endangered species in cities and towns across the continent. We've created 25 so far, with several lined up for 2021.

In addition to the Endangered Species Mural project, I have a number of ideas for prints in the works, including one recently completed carved linoblock that I have to figure out what I want to do with, as well as a number of other images that are still in the design stage. I'm working on a book that ties together the history of the Congolese uranium that made the first atomic bombs, my father's faked suicide to fly helicopters for the CIA in Congo, and an experimental narrative about the commodity form and where it came from. I'll be working on that at a residency at Pine Mountain Arts later this summer. 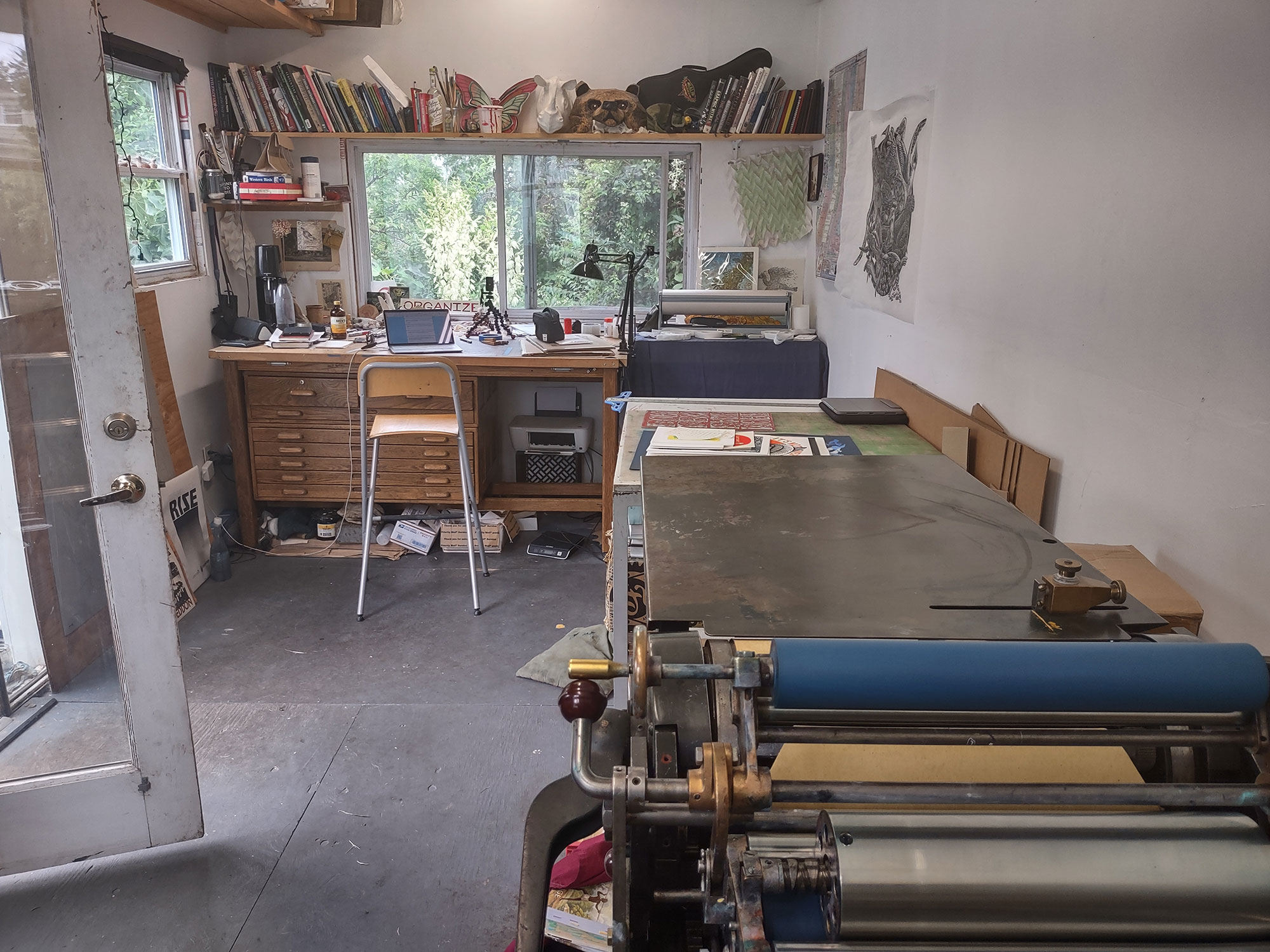 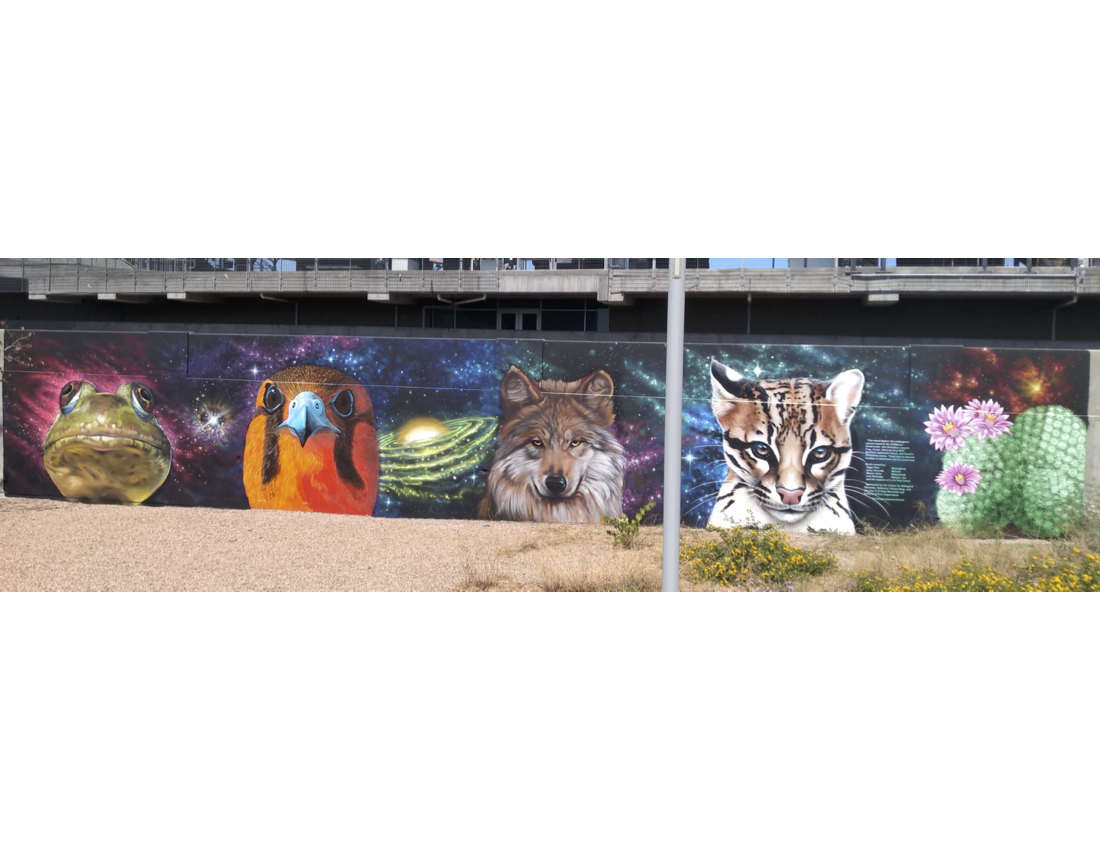 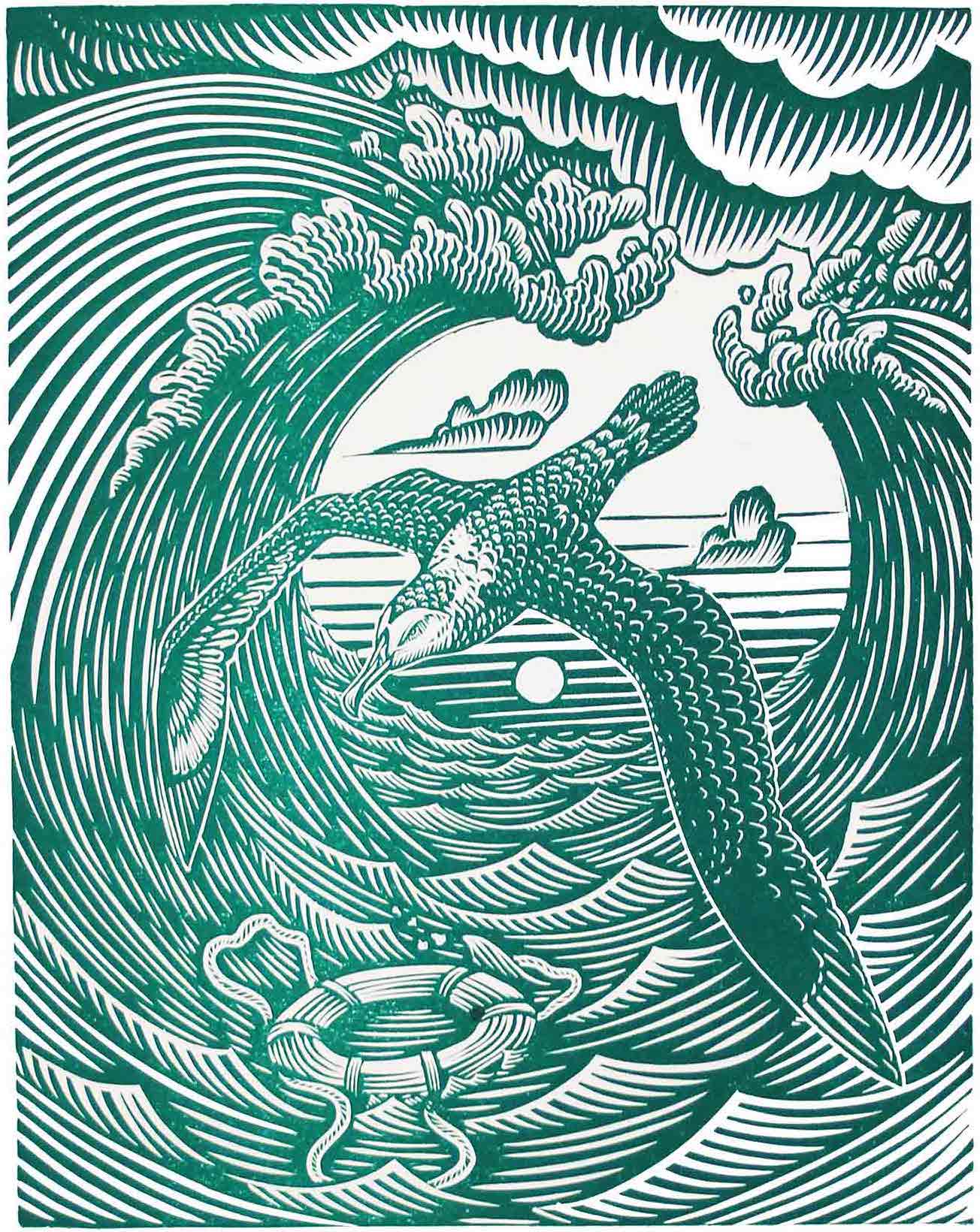 Make It Through, Letterpressed Linocut, 2020 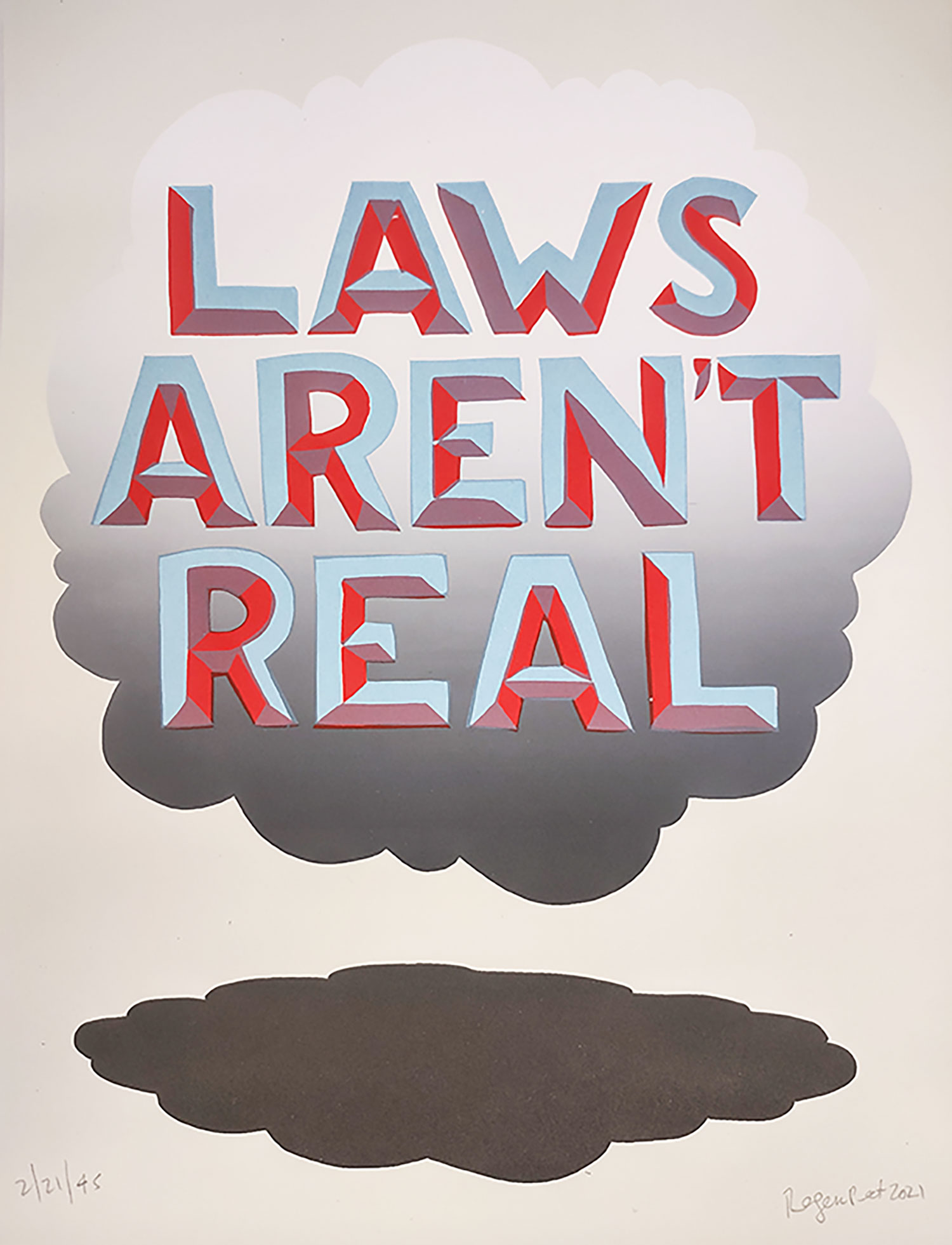 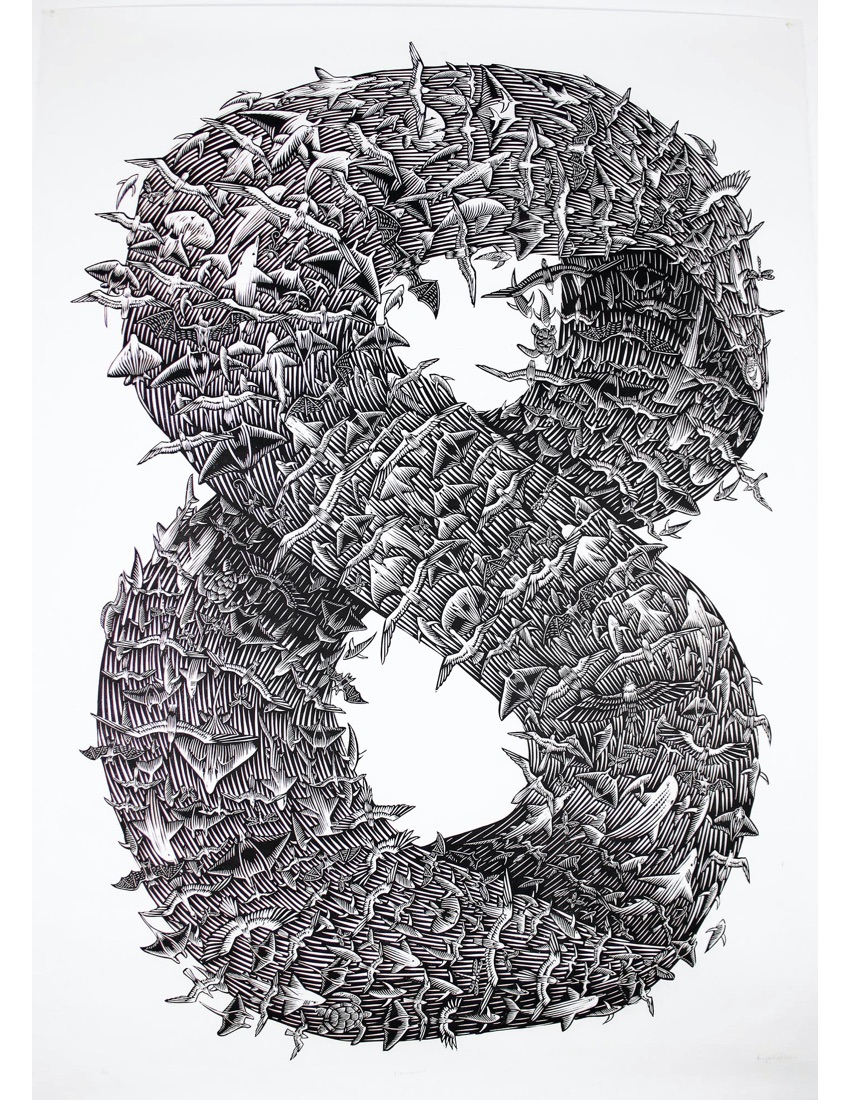 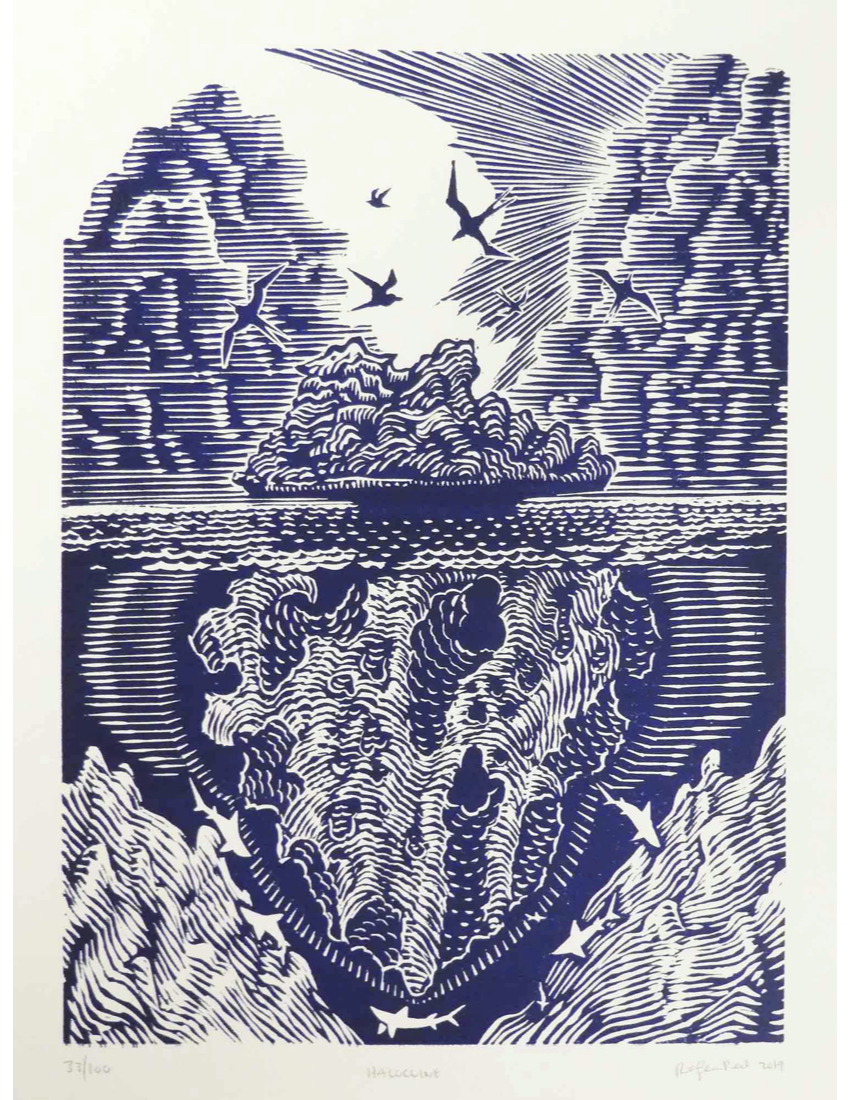 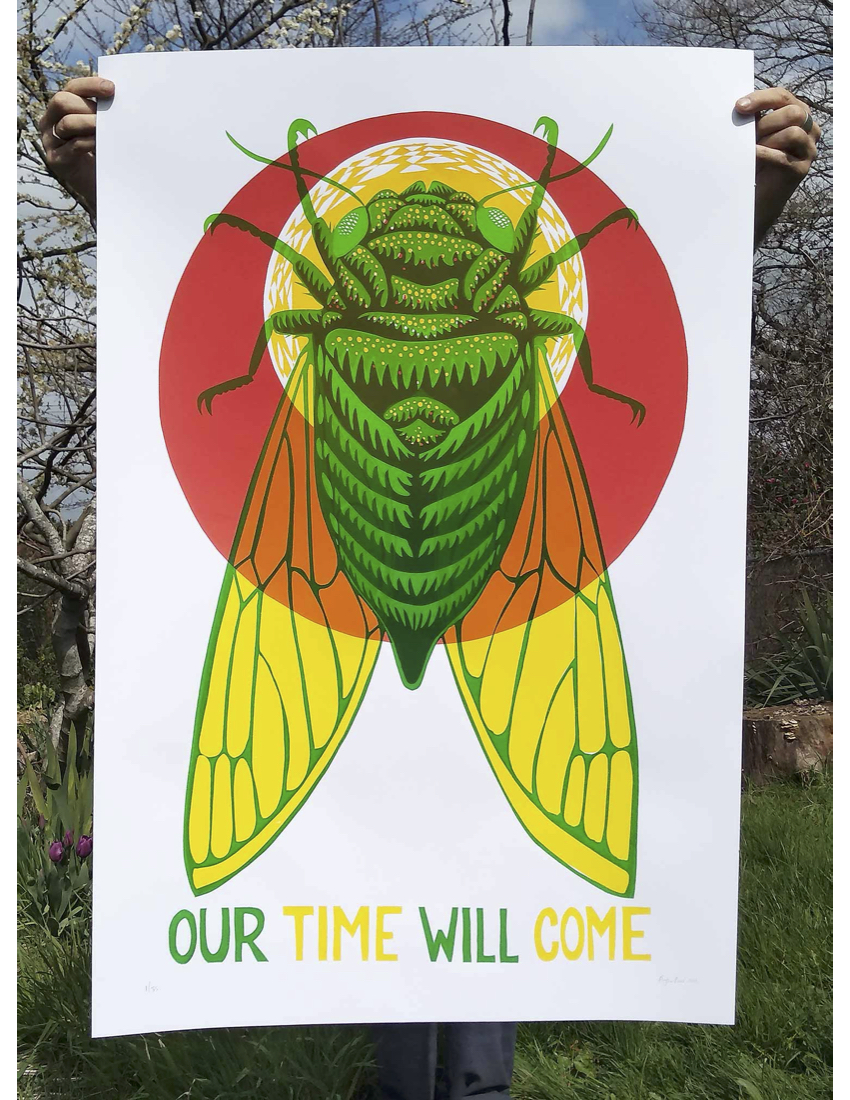