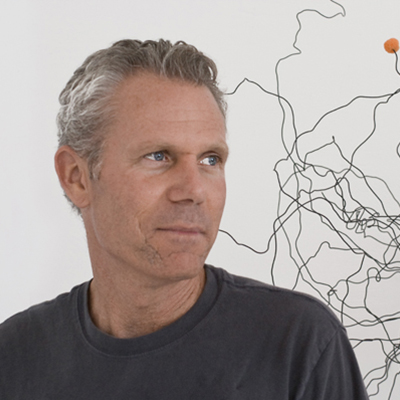 With the humblest of materials and a truly cosmic vision of how they can be deployed in endless mutations, sculptor Robert Ortbal has created a phantasmagorical universe of objects that play on familiar associations while at same time handily defying comparisons to any actual terrestrial, oceanic, microscopic or cosmic life forms you may have known. The first time I encountered Ortbal’s work, in 2007, I felt like I’d walked into an octopus’s garden. Snake-like forms made from Styrofoam-covered chicken wire writhed on the walls. Plastic flowers attached to pink foam tubes mimicked bioluminescent creatures, while a series of wire-mounted Spaldeens seemed to satirize the very act of depicting aquatic plants swaying in the tide. Since then, Ortbal’s practice of transforming everyday industrial materials into otherworldly forms has expanded into even more rarified zones, yielding shapes, textures, structures and associations that stretched even the elastic category of bio-morphism. While Ortbal, 46, acknowledges the influence of a long-ago trip to the Great Barrier Reef, he eschews the “organic” label viewers tend to apply. “When you’re making hybrid forms it almost always speaks of things from the sea, because when you’re looking at, say, coral, it’s an animal that looks like a plant. It automatically has that ability to cross over and be slippery in its classification, Ortbal explains in his sun-drenched studio in Emeryville, CA. In fact, he dislikes even calling what he does object-building, instead defining his output as “related to a system, part of something much larger… I’m after essences,” he continues. “I try to understand patterns in nature and how they combine and interact with human nature. I”m trying to decode how those things operate.”

Ortbal grew up in the art-poor San Jose suburb of Campbell, CA. “Becoming an artist wasn’t even in the realm of possibility,” he recalls. While studying at SF State, he was smitten by the ceramic sculpture of Peter Voulkos, and went on to earn an MFA at UC Davis. After a decade of scuffling he landed a full-time teaching position at Sacramento State three years ago; he has since been rewarded with numerous solo and group shows, a large commission at the Oakland Airport and a Eureka Fellowship. Ortbal traces the origins of his method to an NEA-funded research project he conducted in Europe in 2001 prior to building an “animated chandelier” that the UC Berkeley Art Museum exhibited in 2004. In Europe he examined Rococo and Art Nouveau and came up with the idea of combining those motifs with “the essences of three distinct kingdoms: animal, vegetable and mineral to fuse this new type of work.” An even bigger breakthrough, he maintains, was learning to break apart those 2-D motifs and reconstruct them in three dimensions to achieve a “twisting of space.” At his recent show this summer at Traywick Contemporary in Berkeley, entitled “Neverland,” Ortbal amply demonstrated that skill. The show featured Mylar sculptures that used reflected and refracted light as key compositional elements; a diorama-like polar landscape built from carved Styrofoam that dangled from the ceiling; and other pieces that activated 3-D space in unlikely ways. The most provocative examples came from his Architecture of a Scent series: wall-mounted sculptures that attempt to visualize the state of sensory confusion known as synesthesia. In these pieces, Ortbal employs what he calls “asymmetrical radial bursts”—flock-sprayed strands of wire that resemble Pick Up Sticks, which contrast hard-edge geometric lines with looping strands of colored wire that take viewers on a ride through multi-planar space. Of his attempt to give form to things that can’t be seen, Ortbal says: “It’s interesting to think of making work that is beyond our physical perception. It frees me up and allows me to push on to a place that’s unfamiliar.” Cartographer’s Dilemma: Charting a Sneeze, 2008, Mirrored mylar, foam, aqua resin, wire, fiberglass, paint and flock, 37″ x 41″ x 10″ Photo: courtesy the Artist and Traywick Contemporary Neverland was on view from July 20 – October 3, at Traywick Contemporary Art + Projects, in Berkeley, CA. Robert Ortbal’s next solo show will be at the Wiegand Gallery, at Notre Dame de Namur University in Belmont, CA. It opens February 2009. 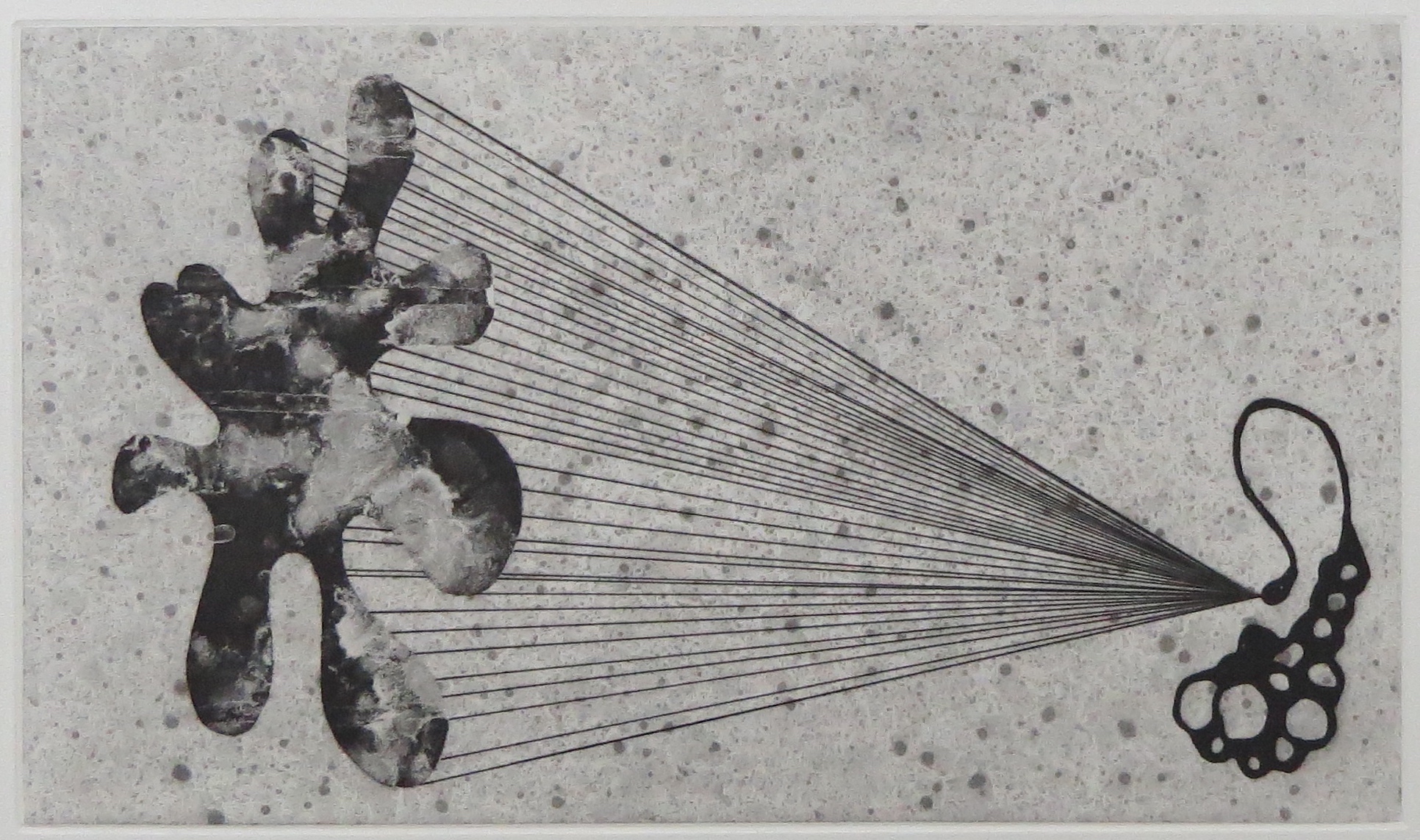 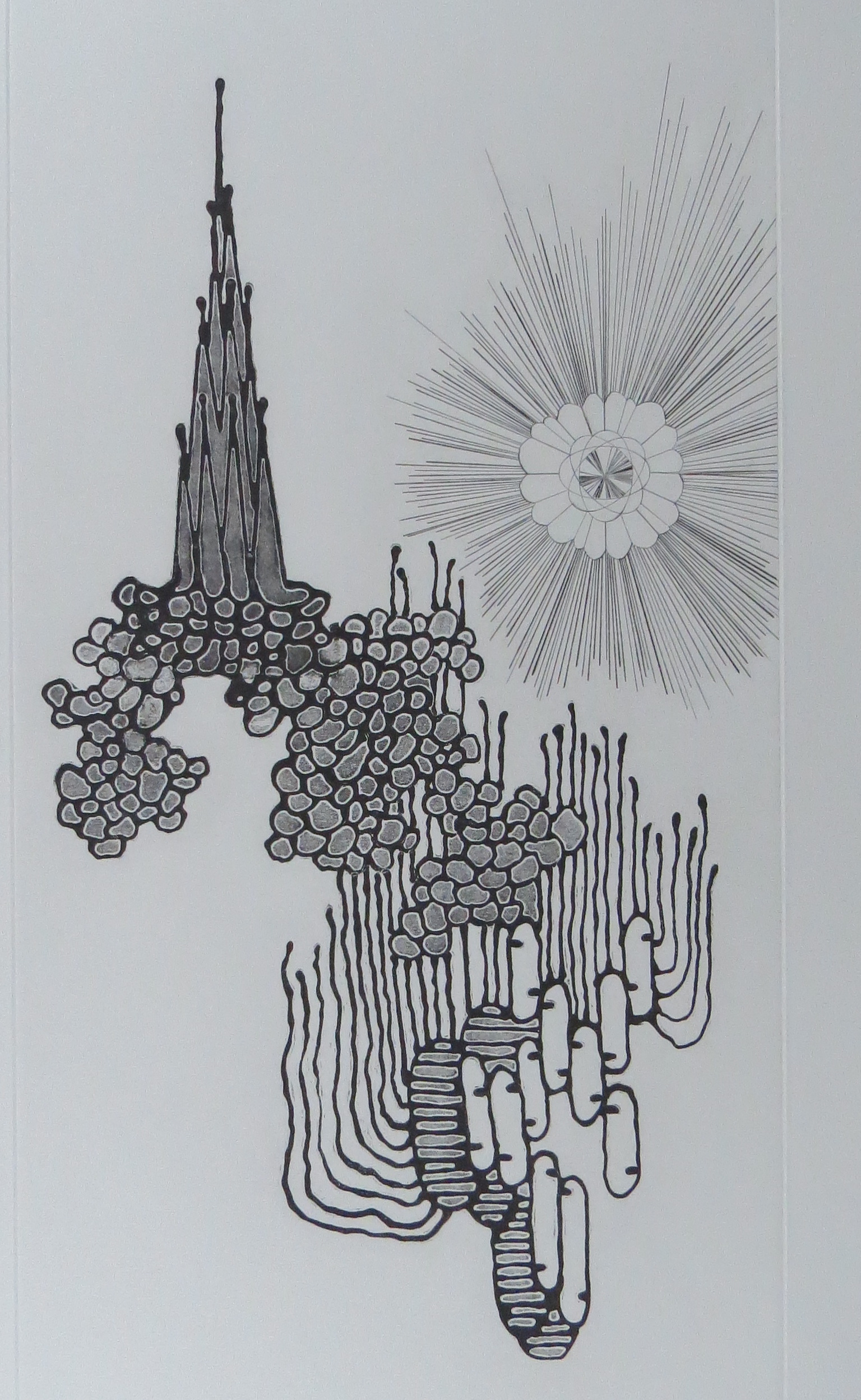 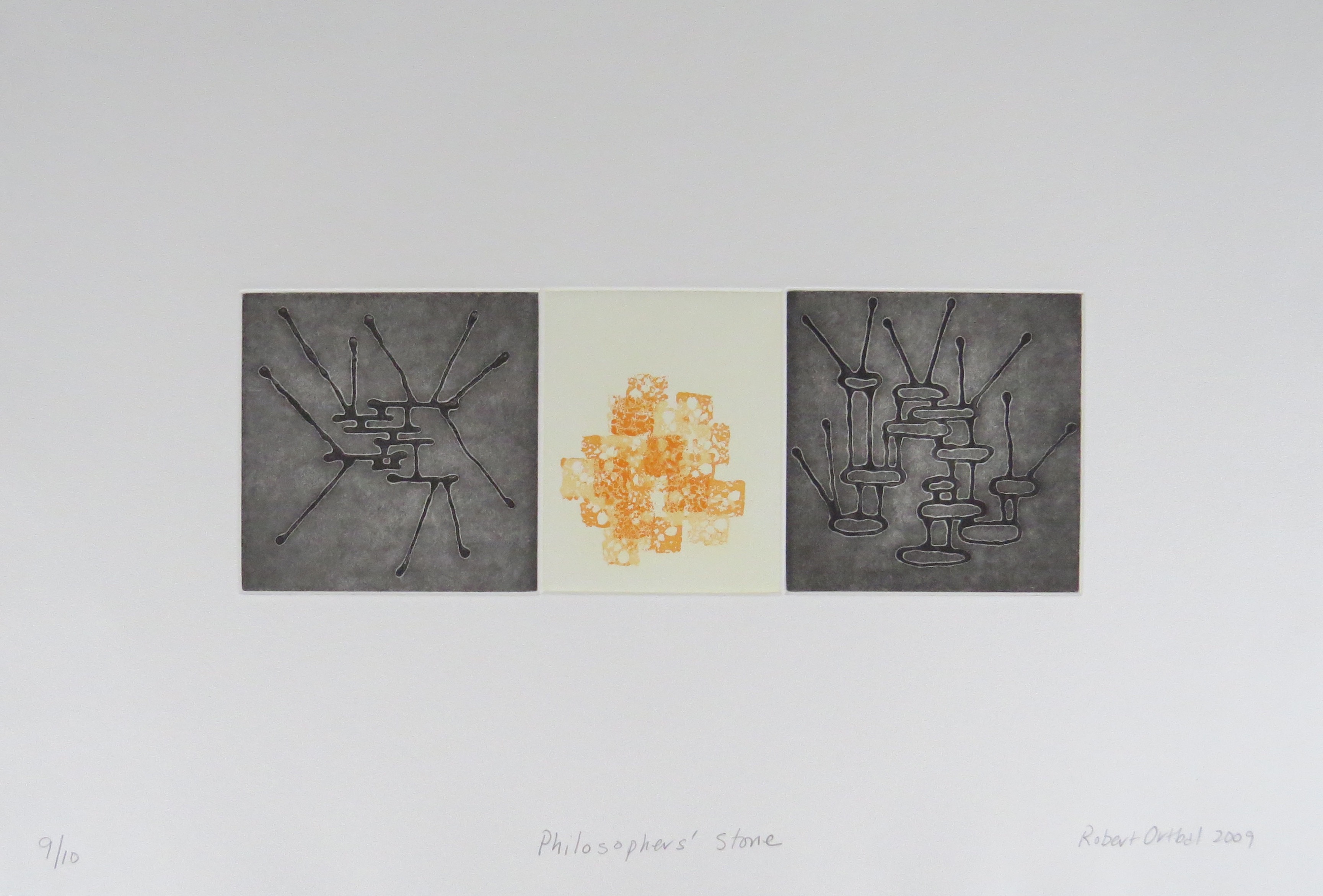 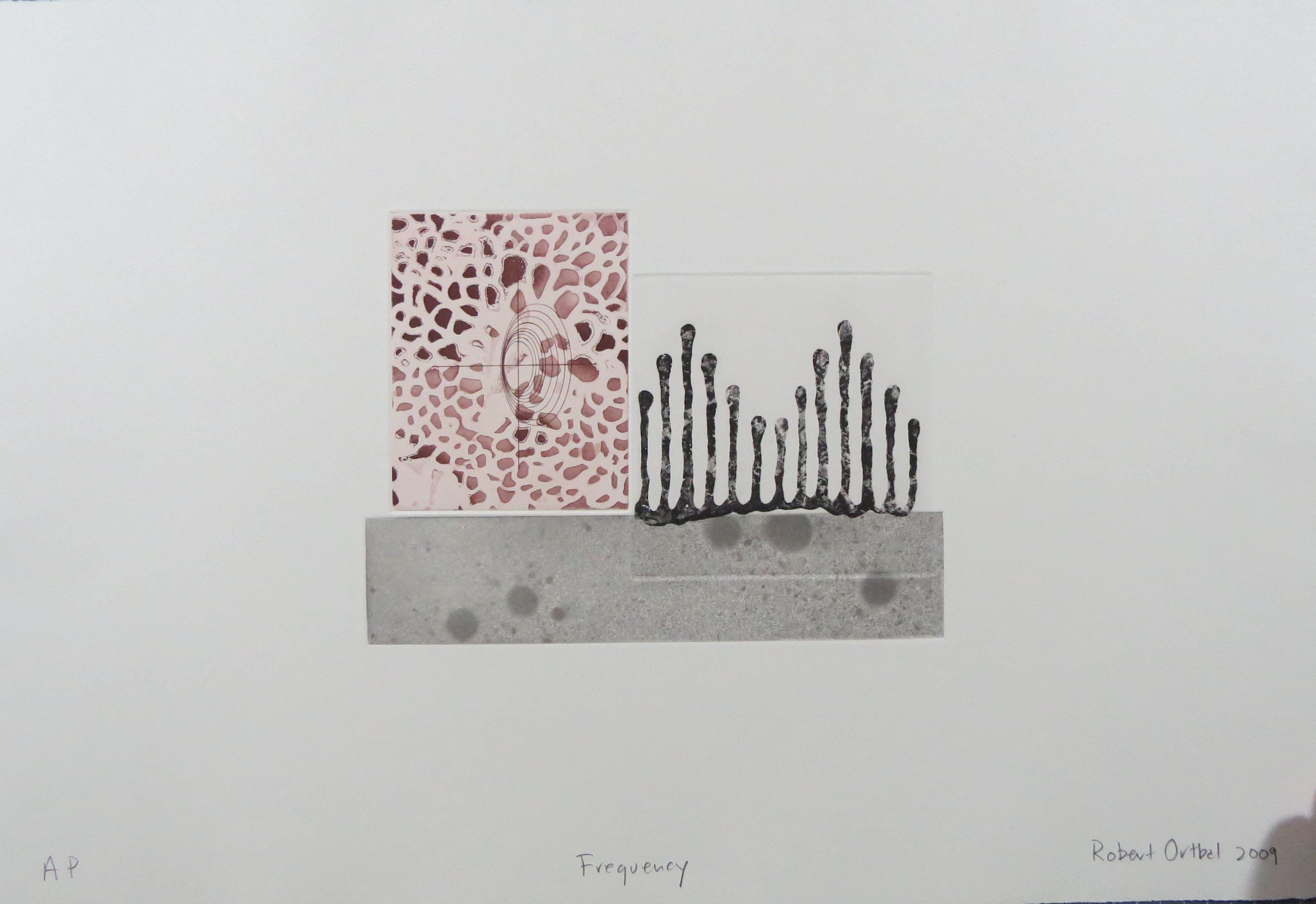