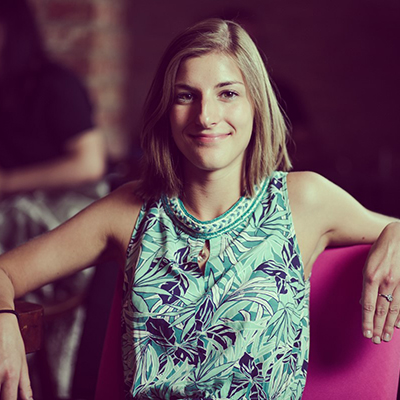 Adéla is a recorder player and teacher, and a culture anthropologist. She is originally from the Czech Republic, where she started to learn the recorder at the age of 6. She studied at the Conservatory of Evangelical Academy in Olomouc with Jitka Konecna, and graduated in 2017. Adéla performed with the Czech recorder ensemble Flauto Dolce and participated in workshops and Early music masterclasses with well-known recorder players, such as Alan Davis, Jostein Gundersen, Saskia Coleen or Ashley Solomon. She spent two years spent in France where she studied the recorder with Sabine Weill and Agnes Lacornerie. Since 2005, Adéla was a member of the group Marnatosnaha, playing various genres, as medieval, renaissance, folk, and christian in the Czech and Slovak Republic.  Currently, Adéla is a member of the Washington Recorder Society and the recorder ensemble Sine Nomine. In addition to her musical background, she has a Bachelor degree in the Culture Anthropology and French philology, and a Master degree of European studies.