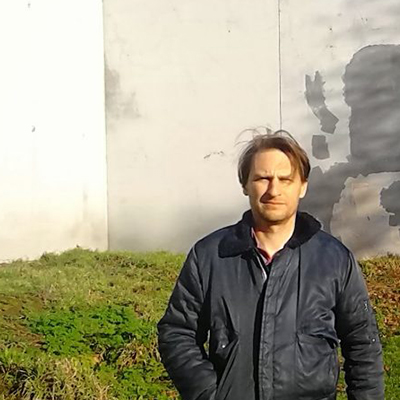 Jonathan Walters founded Hand2Mouth Theatre in 2000, after beginning his career in Poland. As Hand2Mouth's Artistic Director, Jonathan has co-conceived, co-created, and directed the bulk of Hand2Mouth shows, and works closely with guest writers and the ensemble to develop original devised theatre work. Under his direction, Hand2Mouth Theatre has premiered 18 major new works, as well as site-specific and commissioned short pieces in the Portland area, and toured these works regionally, nationally and abroad, presenting at today's leading venues for contemporary theatre performance. He teaches and directs devised theatre at colleges and theaters across the Pacific Northwest, the greater US, as well as in Europe and Latin America.