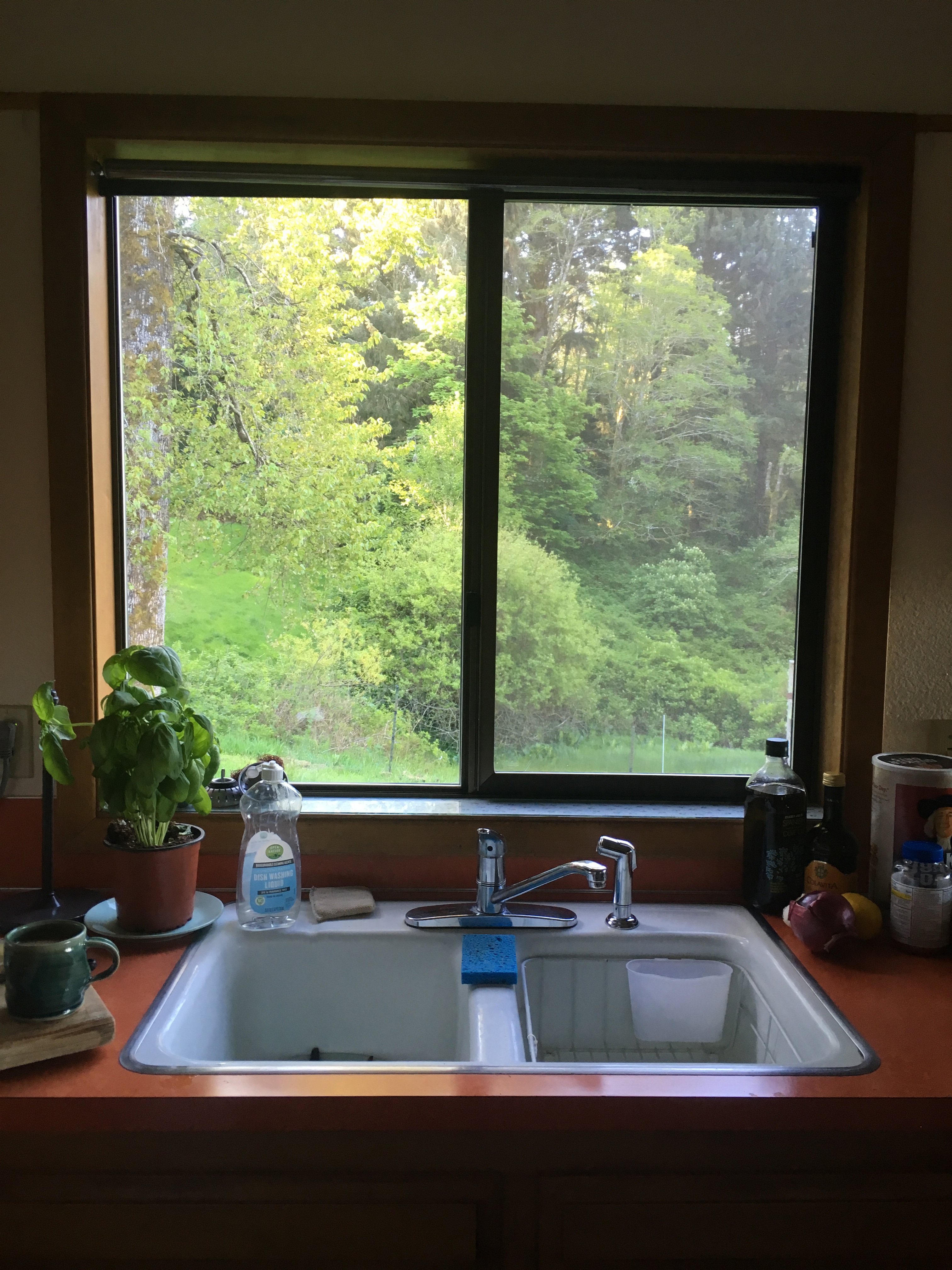 Before arriving at Sitka, I had never really considered the fact that there was more than one type of deer. This might sound naive. It is. I am one who is naïve: anaïf. In the arts, this means that I am always in the process of formation, in a state of constant becoming. You must, after all, begin somewhere, and I begin by offering what I don't know. Or in this case, what I didn't know.

I had grown up in Texas and in Alabama around whitetail deer, but the deer on Grass Mountain were different. Someone explained to me that these were blacktail deer. Of course, it was obvious. Their tails were black. However, there was something else that stood out, even if I couldn't quite say what that something was. More than the herd of elk or the resident cougar prowling the forest, it was this inarticulable something about the blacktail deer that perhaps best captures my experience at Grass Mountain.

There is a term for this kind of something: irreal. I like this word because, much like my time at Sitka, it too resists easy explanation. In the realm of literature, the irreal refers to "that which is beyond the real." Think of the irreal like a disruptive detail, a glitch in the software of your ordinary reality, something both simple and impossible. Like a blue jay that seems to mutter something in English. Like an otter that breaks the surface of a river and waves as if the two of you are old friends. Like a deer with a different colored tail than you have ever seen before.

What differentiates the deer of Grass Mountain with the deer of my childhood is not just in the color of their tails, however, but in the very way they move. Blacktail deer are like gazelles. They leap into the air, lifting all four legs off the ground at once and bounce away. This behavior is called "stotting." Scientists are unsure of why certain animals stot, but there are theories. One is that stotting is a kind of alarm signal to other animals in the herd. Another is that stotting is a display of fitness.

One morning, I awoke early and went to fill a glass of water in the sink only to look out of the window and see a deer grazing in a patch of daffodils. I'm not used to writing like this, writing about me. I'm used to archives and academic papers. I'm used to removing myself from the narrative altogether. I'm not entirely sure why, though I do have theories. Perhaps it is some sort of rebellion against anthropocentrism at the sentence level. I don't want any given story to center on me. I don't want to be an intruder. My approach to writing feels somehow akin to the maxim "leave no trace." I was never here. Or rather, I was, but I have disguised my presence in such a way as to appear invisible, which is to say, to make no appearance at all.

And yet, there is the simple fact of the blacktail deer. As soon as I turned on the faucet, the deer snapped its head up and gazed right at me. Could it see me? Or could it only sense me? I am so accustomed to remaining invisible. Acknowledging myself feels like the glitch, the disruptive detail. It is hard to explain, but before the glass was even full, the deer lifted itself into the air and stotted away.

I didn't know the name for the specific kind of movement then. All I had was the feeling. The water bleeding over the rim of the glass and down my fingers. The deer disappearing into the trees. The irreal tingle of amazement that, despite my best efforts to disguise myself, it had noticed me still.