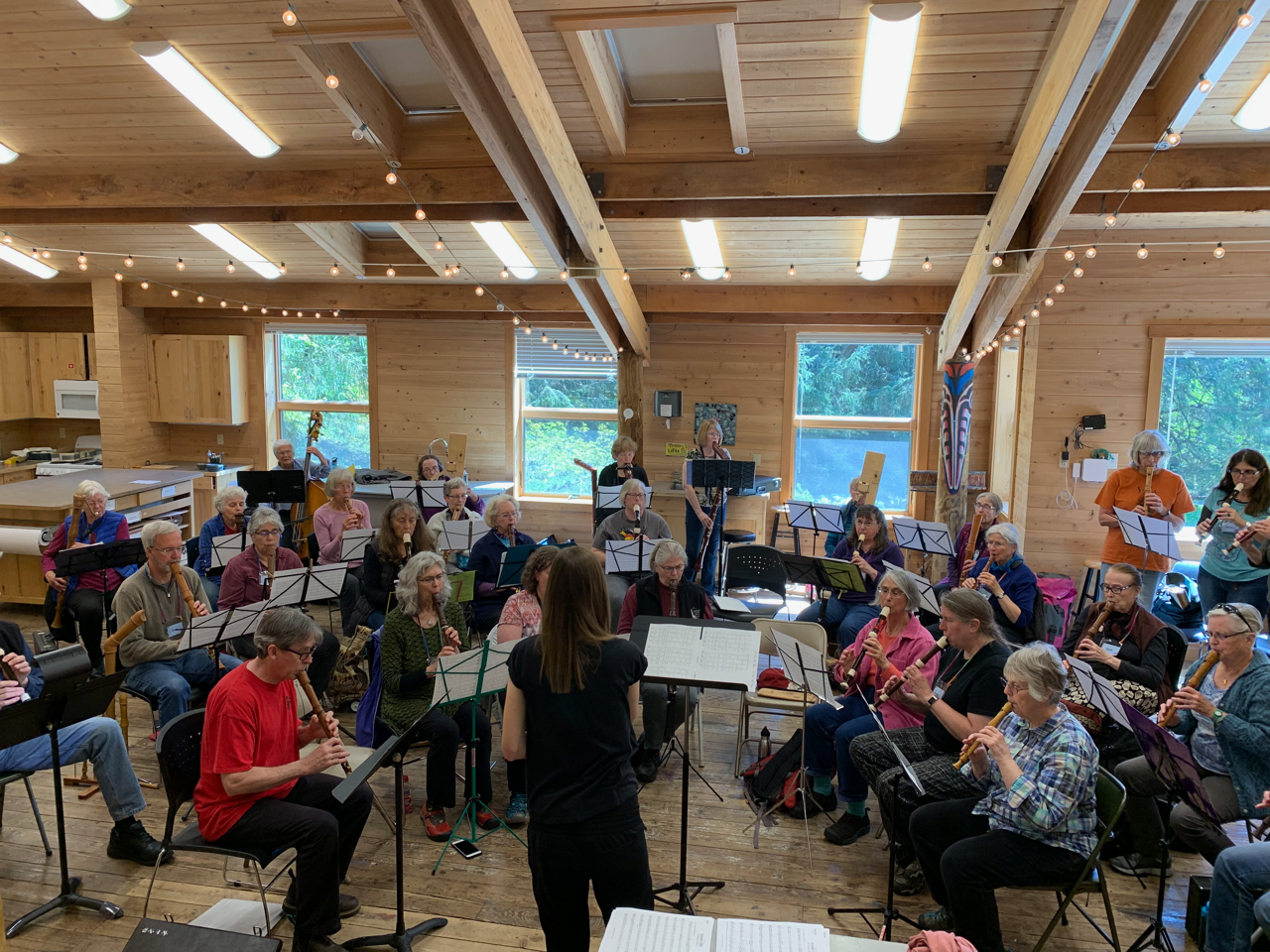 It is the first Saturday in May, and something radical is happening in Boyden Studio.

They arrive in jovial clusters like wood ducks returning home and lighting en masse on a favorite lake. Chairs are scooted into semicircular formation. Music stands are unfolded. Instruments are released from their cases. Old friends reunite, and new players are welcomed. The room is filling up with recorder players.

The musicians hush, whet their lips and pause. Outside, young sword ferns crane their fiddlenecks in anticipation.

A first tuning note is played and sustained until the collective sound shapeshifts from dissonant to dulcet. I am reminded of the avant-garde bassoon line with which Stravinsky opens The Rite of Spring. Something primal stirs inside me.

This is not what I was expecting.

“What’s important to you about this?” I ask longtime Winds and Waves Recorder Workshop co-instructor Frances Blaker during a break between sessions.

“I love early music and the recorder because they’re approachable,” Blaker shares. “Music making is a natural act. I teach a lot of technique because each person has unique music inside them, but it can’t get out if they can’t control their instrument. Too many of us are told we’re not talented enough to make music… I love helping liberate the music inside people.”

Later at an open mic event, workshop participant EllenMendoza reads a freshly penned poem while her colleague Esther Saulle accompanies her. Mendoza’s stanzas describe a place “…where we stop growing old / limber up our lips and fingertips / to play these magic flutes. // This is our rebellion, proof of our different drummer.”

I play an E note with the ensemble. It tastes like water from the Fountain of Youth.

Raising a glass to the revolution,